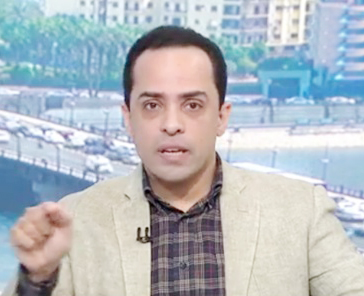 Anyone who loves their country will no doubt offer various solutions and suggestions for a better tomorrow, but the solutions should be radical to address the chronic problems of the administrative body of the ancient and historic Egyptian state.

Ancient Egyptians made records on their temples and shrines throughout ages, the best governmental and administrative system that made the civilisation great and helped it last for more than 5,000 years. Unfortunately, with all due respect, the current system of management and local government in Egypt, with the utmost frankness and transparency, compared to the administrative systems in the world, is not up to international standards.

The first step to succeed is to recognise the system’s flaws, in order to put our finger on the weaknesses and strengths that need to be solved, scientifically and objectively, the problems that have entrenched and expanded for more than half a century. Let us talk from a position of responsibility about issues I have seen first-hand and experienced in practice, identifying the causes, and thus offering several proposals for an efficient solution.

First, a legislative restructuring: Egypt, which has tens of thousands of legislations, laws, regulations, and decisions, which must be purged and integrated to prevent exploitation by agents of corruption. The fewer the number of legislations and the more flexible the system, the better things are for the administration and the more convenient it becomes for its officials to take the appropriate decisions with effective control to ensure the quality of decision-making.

Second, administrative restructuring: each ministry has dozens of institutions and companies affiliated to them. However, instead of facilitating procedures for citizens, these organisations became a means to torture citizens and backdoors to further corruption, forming an obstacle to the interests of citizens, disrupting the homeland’s progress, and delaying decisions in many cases.

It should not be overlooked that one of the most important reasons for the erosion of the administrative system of the state was the socialist orientation in the period after the revolution of 1952. Said orientation led to the establishment of corporations and companies just to recruit young people to silence the public and stop the march of the armies of unemployment. The disastrous consequences were huge for the national economy and for the process of economic and sustainable development generally.

Accordingly, after the necessary legislative, administrative, and financial restructuring takes place, merging government ministries, institutions, and companies in a scientific and practical manner should be decided by a prudent and deliberate decision-making process, because it may instead be counterproductive.

Abdallah Moghazi is a professor of constitutional law, and former parliamentarian