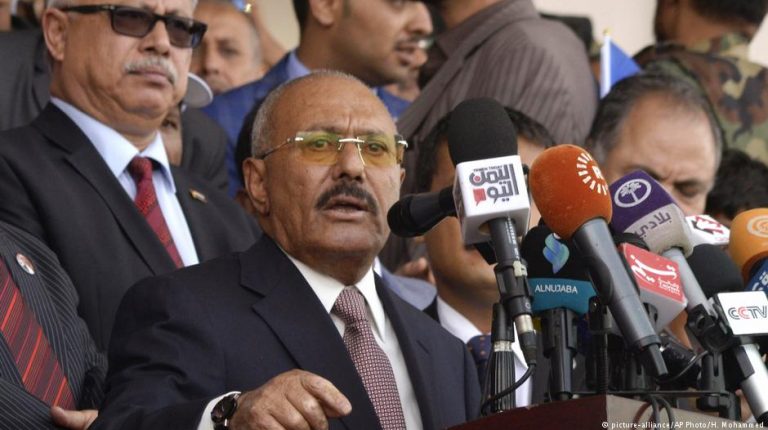 The assassination of former Yemeni president Ali Abdullah Saleh continued to top the Egyptian media’s agenda on Arab affairs, as well as recent controversy which followed US intentions to recognise Jerusalem as the Israeli capital amid Arab and international warnings.

Wessam Bassandowa, Yemeni writer and researcher, criticised Saleh’s assassination, the use of violence, and bloodshed in her piece in the privately-owned Al-Masry Al-Youm. She argued that his “killing scene was barbaric,” describing the Houthis as “sectarian” and “racist.”

Bassandowa opined that Saleh’s promises were not to be trusted but that his rupture with the Houthis still gave hope to restore the lost country, for which he shared responsibility.

“Was Saleh an angel?” asked the headline of columnist and editor-in-chief of the private Al-Shorouk, Emad El-Din Hussein, where he stated that Saleh’s murder should be condemned as a crime but that his death is hardly mourned by Yemenis and Arabs. Hussein further said that the Houthis are not “angels” either.

Hussein argued that the danger of the Houthis’ dominance is that it reflects the expansion of Iranian influence, which is sectarian, thus justifying Saudi Arabia, the UAE and other Gulf countries’ concerns and right to “prevent Iran from becoming the actual ruler of Yemen.”

Gabr opined that Saleh allied with the “snakes” and should have expected their deadly bite, describing the assassination as a “tragedy” in which the heroes are “betrayers.”

This comes as the Gulf Summit was held on Tuesday amid an intense political environment. TV presenter and journalist Emad Adeeb, who was covering the event from Kuwait, wrote in the privately-owned Al-Watan newspaper on the impact of Saleh’s killing on regional powers.

Saleh’s split from the Houthis increased power in the hands of Riyadh, Abu Dhabi, and Manama in the face of Qatar, Iran, and “their Houthi agents” but his killing shifted the balance, Adeeb wrote.

Meanwhile, politician Emad Gad wrote in the same newspaper that it was Saleh’s lust for power that gave the Iranian-backed Houthis the chance to take control of Yemen.

On a different note, Hassan Abu Taleb, senior analyst at Ahram Centre for Political and Strategic Studies, wrote in Al-Watan about the new American approach to the Palestinian-Israeli conflict. In his opinion, the ‘deal of the century’ would be nothing more than a new chance for Israel to expand settlements and more restrictions on Palestinians in the West Bank and Gaza strip, which show that “it is not time Palestine became a state yet.”

Lastly, in Al-Shorouk, Talal Salman, editor-in-chief of the Lebanese As-Safir political daily, wrote about the “humiliating Arab reality and the dream of the better future,” where he expressed hope that popular movement in Arab countries would be revived.

“The Arab person gave up his national identity, his sacred cause called Palestine, and has become instead hungry to buy a new nationality in an alternative country. His land is not his any more,” Salman wrote.