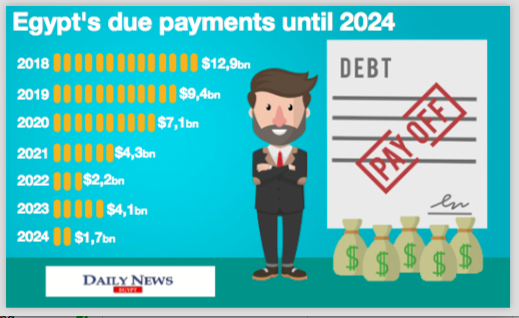 A senior government official denied that Egypt has requested extending the maturity of a $2bn Kuwaiti deposit at the Central Bank of Egypt (CBE) that was due to mature in July 2018.

Egypt’s CBE received the $2bn deposit from Kuwait in September 2013, as part of $12bn received in aid promised to Egypt by Saudi Arabia, Kuwait, and the United Arab Emirates (UAE) following the 30 June uprising.

The official affirmed that the UAE agreed to extend the maturity date of its $2bn deposit with the CBE until July 2023.

The CBE has received another deposit, worth $1bn, from the UAE, due to mature in August 2022.

According to the official, Egypt received an initial approval from Saudi Arabia to extend maturity on its $2bn deposit with the CBE, noting that the two countries are currently in talks on the terms of the deposit.

Minister of Finance Amr Al-Garhi disclosed last week that Egypt would repay $14-15bn of its debt in 2018. However, a government official denied that statement, stressing that Egypt would actually repay much less than the mentioned sum in 2018.

The source said that Egypt hopes to reach an agreement with Saudi Arabia to extend the maturity of its deposit, and hopes to do the same with other international institutions that provided the country with several loans.
According to financial reports obtained by Daily News Egypt, Egypt is set to repay about $12.9bn in 2018, including foreign debts and installments of loans obtained earlier.