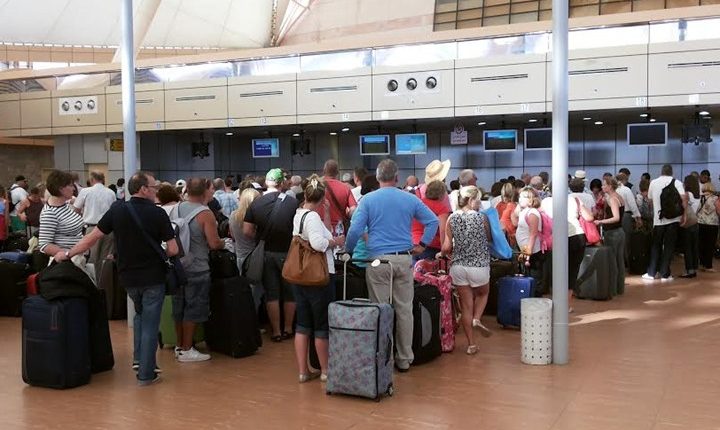 Egypt’s electronic travel visa system is set to go into effect in the next two years, according to Mostafa Sultan, former head of the e-tourism committee at the Egypt Travel Agents Association.

“The government is seeking to activate the electronic visa (e-visa) system and make it available to other countries that are not allowed to issue visas at the airport, such as India and Malaysia, for example, over the next two years,” said Sultan.

He continued that the first phase of launching the e-visa includes only 46 countries, including most of Western Europe as well as America, Russia, Japan, and Canada.

He explained that the next stage of activating the e-visa in the rest of the countries will include different criteria, such as fingerprint and iris recognition to complete the tourist’s data and is applicable at consulates and Egyptian embassies abroad, after which the visa is issued.

In his statement to Daily News Egypt, Sultan said that the government will implement the fingerprint and iris recognition system at Egyptian airports soon, expecting the step to be activated mid-2018 following the completion of the system.

He also expected to fully complete the activation of the e-visa system, to be launched in all countries within at least two years, expecting it to be ready by end-2019.

On the other hand, Sultan explained that the e-visa price will be similar to the current visa plan collected at the airport, worth $25 for a stay of no more than one month.

According to Sultan, there is a proposal to increase the price of the visa issued at the airport by a small amount of up to $40, while the electronic visa remains fixed at $25, to increase the chances of utilising the latter.

He pointed out that the e-visa issuance system will attract a group of technology lovers and tourists who are reluctant to come to Egypt, whereas the new system would facilitate the procedures for obtaining a visa quickly instead of the risk of trying to obtain it upon arrival at the airport.

On the other hand, Hossam Hazza, chairperson of Egyptian Travel Makers company, said that launching the e-visa will lead to a boom in the number of incoming tourists if it is available to non-nationals who are able to obtain an Egyptian visa at the airport.

He added that this decision is a good step towards enhancing the inflow of tourism to Egypt, where most of the developed countries are currently applying the system.

Adel Lotfy, advisor to the Minister of Tourism and the person in charge of its e-visa project, said that launching the e-visa portal is a practical implementation of the recommendations of the first meetings of the Supreme Council of Tourism.

He stressed there will be an increase in tourist flow after launching the e-visa because it will easily facilitate visa process required to enter Egypt, which is the most important step for the entry of tourists to any country.

He explained that obtaining the e-visa and filling the online application on the website does not take time and that it is available for the 46 countries that were previously specified, while the rest of the countries will proceed using the old system until further expansion of the e-visa project.

The e-Visa for Egypt: what are the basic requirements?