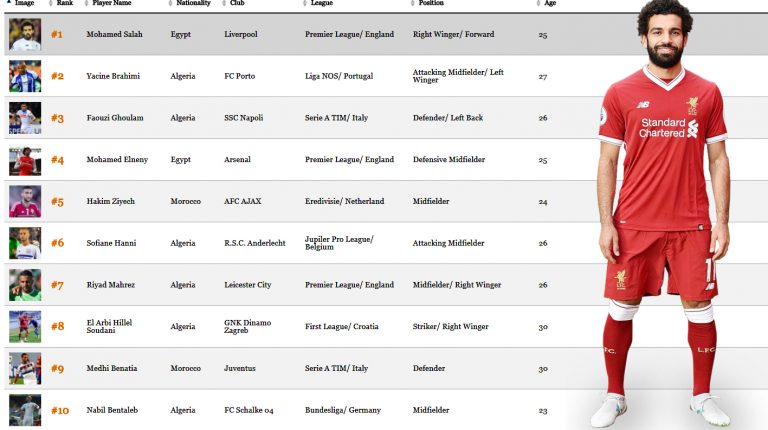 Forbes Magazine has selected ten professional players from the region for its list of the best Arab football players of 2017.

For their choices, the magazine focused on the total minutes played by players with their clubs this season, the awards they and their club received, their clubs’ position in the latest FIFA rankings, the number of matches they played with their national teams in FIFA competitions, as well as their age. Thus, younger players scored higher points.

According to Forbes, international playerEgyptian Mohamed Salah, who’s also a Liverpool player as well, was the first in the list of Arab players, scoring five goals infor his country in the finals match for qualifying for the 2018 World Cup in Russia, afterending Egypthis country’san 28-year absence from the World Cupof 28 yearscompetition.

The magazine praised Salah’s capabilities, explaining that he is one of the most outstanding Arab players abroad, particularly after the distinguished performance and impressive skill that he showed with Liverpool during the English Premier League.