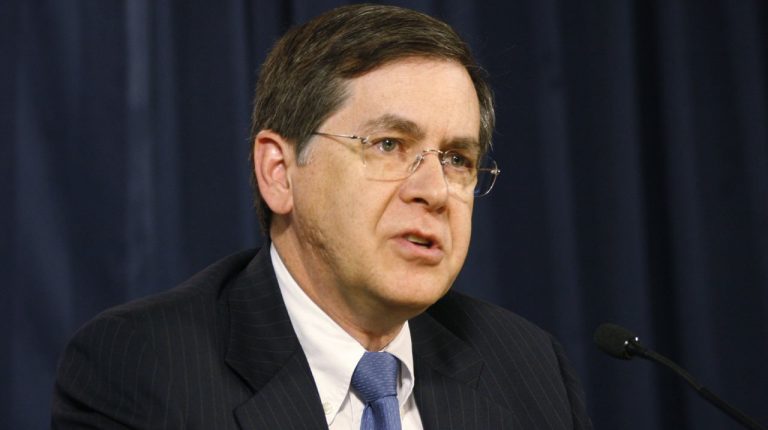 “The president’s decision stands, as he believes it is the right step at the right moment, it is US policy and obviously [reversing it] is not something we will be doing,” Acting Assistant Secretary of State for Near East Affairs David Satterfield said in a telephone press briefing Sunday.

He asserted that the US intends to pursue peace negotiations between Palestinians and Israelis in the new year.

This comes amid international controversy regarding President Donald Trump’s recognition of Jerusalem as Israel’s capital, in addition to plans to move their embassy from Tel Aviv to the city, in a speech he made on Wednesday.

In response to a question by Daily News Egypt on the US’ isolated stance, Satterfield said the US hopes the international community regards these measures “for what they are,” as he once more affirmed that Jerusalem has always been and will remain the capital of Israel.

Satterfield insisted that the decision does not prejudice the final status of Jerusalem in peace negotiations and does not involve specific aspects of Israeli sovereignty in the city.

The move sparked European and Arab opposition, as well as the UN Security Council’s rejection.

Palestinian President Mahmoud Abbas said the US can no longer be considered a fair mediator in peace talks.

However, Satterfield said that the “only way to peace is direct negotiations between the two parties,” under the supervision of the US, which he asserted was committed to moving forwards with talks that fulfil the aspirations of both sides.

As for the timing of the decision, Satterfield explained that Trump had to decide whether to sign a waiver, by December 4, that would postpone a 1995 Congress decision to recognise Jerusalem as Israel’s capital and move the US embassy.