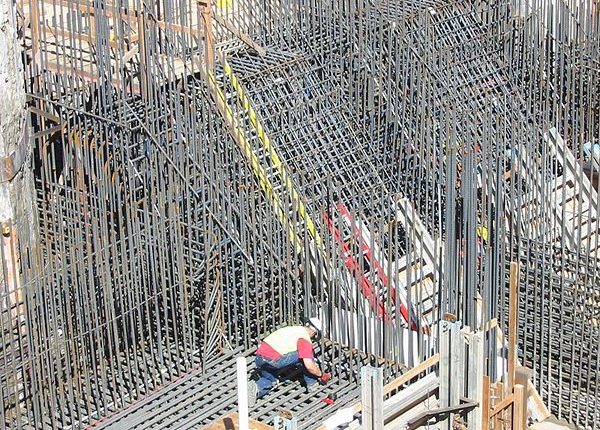 The new health insurance law, due to go into effect after parliament approved it last week, is set to see new fees imposed on certain commodities to finance the program.

The cabinet had approved the new health insurance law and referred it to parliament for discussion. It is to be implemented in six phases within 15 years, from 2018 to 2031, at an initial cost of EGP 80bn to EGP 120bn.

The comprehensive health insurance law is to be applied for all Egyptians, except the army, which has its own law, while police officers are subject to the law because they are civilians under Law 79 of 1975.

As a result, owners of public sector companies for steel and cement production threatened the government that they would raise prices for consumers if article 40 of the comprehensive health insurance law is adopted.

They allege that the new fees will burden them with additional charges on the price of their products.

For his part, Member of Parliament Makram Radwan said that the government will be asked to form a special committee to conduct a feasibility study on companies and factories to determine the appropriate prices and set a profit margin of no more than 30%, similar to all countries of the world.

Mohamed Saeed, member of the cement division of the Federation of Egyptian Industries said that the fees included in article 40 of the law are high and the division will not accept.

“We will resort to escalation and demand that parliament reduce the ratio, especially with the increase in the prices of raw materials, which the division imports from abroad due to dollar appreciation after the flotation of the pound in November 2016,” Said noted.

He added that the division will have to raise prices for consumers to compensate for those new fees.

Nevertheless, real estate experts believe that the increase in fees on steel and cement will not have a significant effect on the price of construction processes and thus, there is no reason to increase the prices of real estate units.

The fee value to be imposed on steel or cement is very small, less than 0.05% of the value of a tonne, thus the increase in production cost will not affect real estate prices, according to Ashraf Diaa, the managing director of ERA West Associates.

However, Diaa said that there will be increases in real estate prices in the coming year, due to new offers in the New Administrative Capital and the non-availability of land in the Fifth Settlement, New Cairo, which will lead developers in this area to raise their unit prices.

Nehad Adel, president of B2B, agreed with Diaa, saying the fees’ account for less than 0.2% of the construction cost, which accounts for 30% to 40% of a unit’s price, therefore, the increase is like a “stamp” and cannot affect the prices of real estate units.

However, Adel expected a price hike in the market during the next year by 25% to 30%, attributing the increase to the continuous demand, which is always higher than supply. In addition to, the vogue in New Cairo and its extension in the New Administrative Capital, as well as,  people exodus from the downtown to the new urban communities, which participates in increasing demand on these communities that will participate by its turn in increasing prices.

Meanwhile, Ali Gaber, managing director of Elite Real Estate Consultancy, sees that the new fees will increase the cost of raw materials in the construction process, which will lead real estate developers and companies to reflect these increases in unit prices.

Gaber said consumers alone will pay this increase, though he does not expect that the price hike will be much, likely no more than 10%, as a “natural increase of the market prices.”