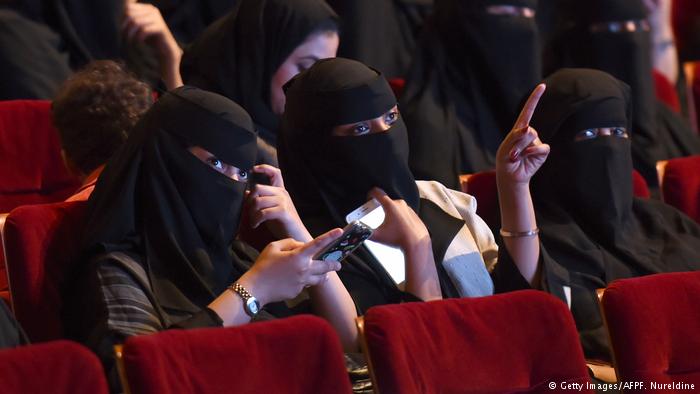 The government has said it will start granting cinema licenses immediately. Many Saudis could be enjoying the big screen as early as March 2018.Movie theaters will reopen in Saudi Arabia next year, the country’s Ministry of Culture and Information said Monday. The move is the latest part of a broader reform effort by the ultraconservative country.

“This marks a watershed moment in the development of the cultural economy in the kingdom,” Information Minister Awwad Alawwad said.

The government had earlier lifted a 35-year-old ban on cinemas that was passed during a particularly conservative era in Saudi history. Saudi Arabia’s top cleric in January had said the “depravity” of films corrupted the country’s morals.

The culture ministry has nevertheless ignored those warnings and said it will start granting theater licenses immediately.

It expects the first cinemas to open in March 2018 and some 300 to be opened before 2030. It also predicts the new cinema industry will contribute over 90 billion riyals ($24 billion, €20 billion) to the national economy and spur the creation of 30,000 permanent jobs.

Riyadh’s decision is part of Vision 2030, a plan to diversify Saudi Arabia’s oil-dependent economy and modernize its society to attract international investment.

“Opening cinemas will act as a catalyst for economic growth and diversification; by developing the broader cultural sector we will create new employment and training opportunities, as well as enriching the kingdom’s entertainment options,” Alawwad said.

Saudi Arabia’s 32-year-old crown prince, Mohammed bin Salman, has been the plan’s driving force since he was appointed heir to the Saudi throne in June.

The young prince has called on Saudi Arabia to return to “moderate Islam” and he is widely seen to have pushed for the lifting of a ban on women driving earlier this year.