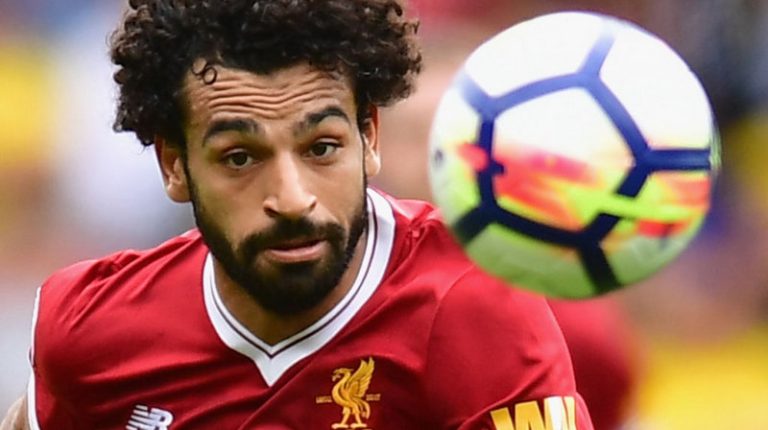 Egyptian football player Mohamed Salah, who plays as a winger for Liverpool F.C., was named BBC African Footballer of the Year 2017 for the first time in his career.

Daily News Egypt monitored the main three factors that helped the Egyptian “Pharaoh” to be named the best footballer in Africa.

The Egyptian star presented the best performance of his career during 2017, as he led the Egyptian national team to qualify for the 2018 World Cup in Russia, the first time the team qualified for the competition since 1990. Salah scored five goals during the World Cup qualifiers, most of which greatly contributed to the Pharaohs’ big achievement.
Salah also led his national team to qualify for the final of the Africa Cup of Nations (AFCON), held in Gabon earlyy this year, after Egypt failed to qualify for the African tournament for three consecutive sessions. However, Egypt lost the final game against Cameroon.
Salah’s brilliant performance withfor Italian A.S. Roma made him outweigh other competitors for the BBC title. The Egyptian star scored 20 goals in Serie A, pushing Liverpool F.C. to scramble to sign him.
Salah also proved his abilities in the English Premier League. The Egyptian player scored a staggering 13 goals in just 16 appearances since his move from Roma in a record €42m transfer contract.
Salah earned the respect of Liverpool fans after only six months, as he scored 19 goals in all tournaments and topped the list of Premier League goal-scorers.
The Egyptian pharaoh succeeded in breaking the record of Liverpool’s legend, Robbie Fowler, after scoring nine goals in his first 12 games with Liverpool in the Premier League.