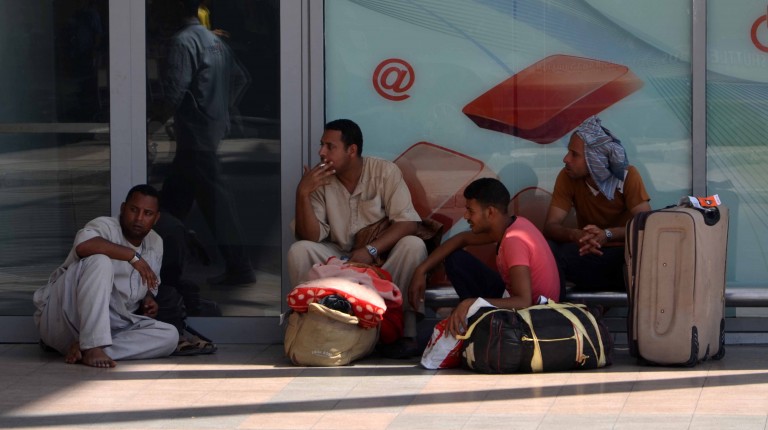 Amnesty International published a report Tuesday accusing European governments of being complicit in the suffering of refugees and migrants fleeing through Libya.

The report accused European states of not only being fully aware of the abuses those refugees go through, but also of supporting Libyan authorities in detaining them.

The watchdog criticised European governments, especially Italy’s, for prioritising the closure of the central Mediterranean route in the face of the refugees rather than the protection of refugees, thereby, ignoring basic asylum principles.

Amnesty highlighted an important dimension in this refugee crisis to explain the gravity of the situation, particularly that “Libya is not a party to the Refugee Convention in 1951. Hence, it does not recognise the UNHCR, neither does it have a national asylum system.” On top of this, the organisation added that there is no legislation or infrastructure that can help contain the refugee crisis or provide any means of protection. This resulted in mass detention becoming the primary tool to manage the flow of migrants.

Therefore, refugees and migrants fleeing war and poverty are constantly intercepted by Libyan Coast Guard and sent to Department for Combating Illegal Migration (DCIM) detention centres, the report explains. Refugees endure horrible treatment in overcrowded and unsanitary centres. The report cited incidents of torture, forced labour, and exploitation by guards and smugglers who would release them in return of money.

The report released on Tuesday argued that European states are fully aware of the sufferings of refugees, however they stayed committed to reducing the number of migrants crossing the Mediterranean via three means. First, European stated continued to provide technical assistance to DCIM despite the human rights violations the detained migrants face. Second, it allowed the Libyan Coast Guard to increasingly intercept refugees crossing the sea to take them back to Libya. Third, they made deals with local Libyan authorities, tribal leaders, and armed groups to enable them to control the borders to stop the smuggling of people.

Since the beginning of the refugee crisis in 2011, European governments have been criticised over showing “double standards” regarding the crisis. Last year, the EU made an agreement with Turkey, on 18 March, to stop the flow of refugees to Europe. It was agreed that every person arriving in Greece illegally, including asylum seekers, would be returned to Turkey.

The so-called EU-Turkey deal came as the Syrian refugee crisis reached its peak. According to the agreement, Turkey would receive €6bn to assist the refugee community and Turkish nationals would be given visa-free access to Europe. A year later, this resulted in tens of thousands of Syrian refugees ending up stuck in camps suffering humiliating conditions, according to the Telegraph.