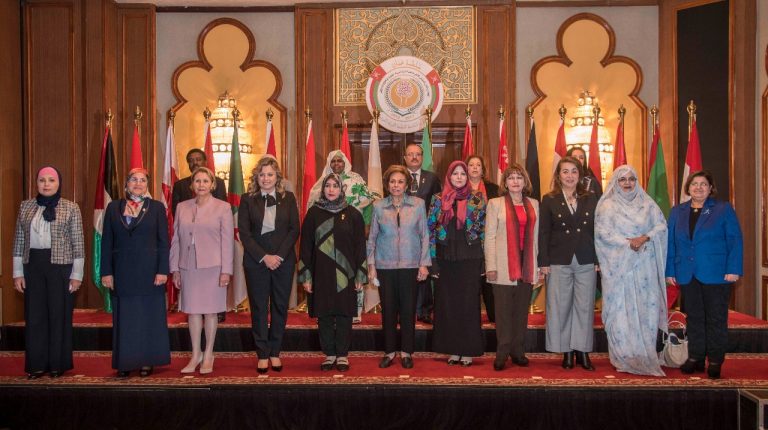 Arab solidarity should not only be the task or mission of presidents, but also the task and mission of every individual in the Arab world, as our only weapon in this period is Arab solidarity, Director General of Arab Women Organisation Mervat Al-Talawy said Tuesday, at the eighth AWO Supreme Council meeting.

Moreover, Al-Talawy added that the meeting comes during an important phase in the Arab region’s history, as it faces several threats to its unity, stability, and security.

She explained that the main threat comes from the United States’ decision to transfer its embassy to Jerusalem and its declaration of that city as the capital of Israel, which “will lead to a new phase of violence and instability in the region.”

Meanwhile, she said that the US president’s decision necessitated the concerted efforts and solidarity of Arab nations, with both their women and men.

In this context, Al-Talawy pointed out that she made a proposal to the Executive Council of the AWO to visit Jerusalem in solidarity with the Arabism of Jerusalem and to support the Palestinian women in this critical stage.

Moreover, she added that the Arab woman must have “a footprint and a place” in this critical period.

For her part, Aisha bint Khalfan bin Jameel al-Sayabiyah, chairperson of the Supreme Council of the AWO, affirmed that this meeting comes amid difficult conditions in the Arab region that require solidarity, cooperation, and concerted efforts to find practical solutions to overcome the challenges that threaten Arab unity and stability.

Meanwhile, she called for the necessity of empowering Arab women, protecting their rights, and supporting their social roles.

For her part, Ferial Salem, Palestine’s representative in the Executive Council of the AWO, said that the number of female prisoners of war (POWs) has reached 52 in the occupation’s prisons, noting that this number is likely to rise, especially after the US president’s decision to recognise Jerusalem as the capital of Israel.

Furthermore, Wali stressed the need to document the challenges that Arab women face, especially the problems that they face as a result of terrorism.

She also emphasised the need to invest in the education and training of Arab women and the need to support their political participation.

The Supreme Council meeting follows the 15th meeting of the AWO’s Executive Council, held on Monday.