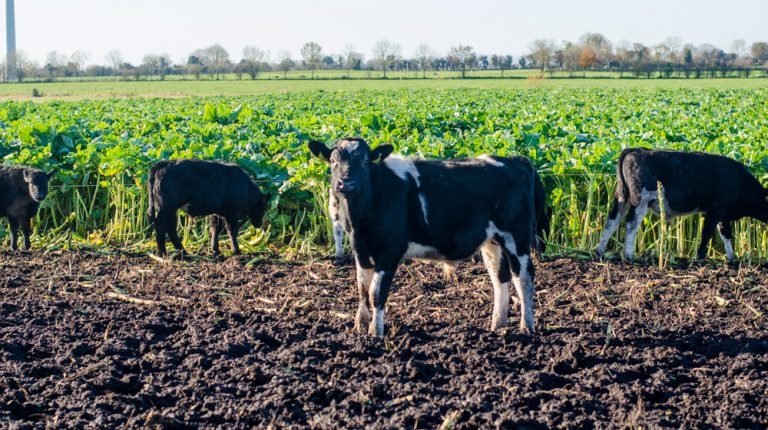 Beef has always been an integral part of the Egyptian dinner table. In the past 40 years, beef prices have witnessed dramatic changes and various challenges. The first significant beef crisis began during the presidency of Anwar Al-Sadat, when red meat prices—among other items following subsidy cuts—rose in 1977 to EGP 1, which aroused the anger of the people, who took the streets in protest chanting “Sayed Marie, Sayed bey, a kilogram of meat has reached one pound. ” Sayed Marie was speaker of parliament at the time. As a result Al-Sadat rolled back the subsidy cuts, and launched the “National Veal Project”, which prohibited the slaughter of live female cattle less than two years of age, and ordered a one month meat boycott. However, 40 years later, meat challenges still exist and prices have soared to around EGP150 for a kilogram of beef.

1.85 million were raised in 2017, forecasted to increase to 1.93 million in 2018, according to United States Department of Agriculture Foreign Agriculture Service (FAS)’s “Egypt Livestock and Products Annual 2017” report, which attributes the increase in overall calf numbers to the government’s improved disease control measures and immunisation programmes, as well as setting minimum weights for slaughter.

While the overall number of Egyptian cattle is estimated at around 9 million (cows and buffaloes) in 2017, rising 5% above Egypt’s Ministry of Agriculture and Land Reclamation (MALR)’s estimates in 2016 at 8.5 million (4.7 million cows and 3.8 million buffaloes) animals.

How the tides have turned? Government efforts to increase local meat production

In February 2017, Egypt’s parliament voted in favour of installing a new deputy minister for animal wealth, fisheries, and poultry within the MALR. The new deputy minister is responsible for the development of Egyptian livestock and increasing beef production.

years of age; however animals weighing 400 kilograms and imported cattle are excluded from this prohibition. The report indicates, citing sources, that the new measure will increase cattle numbers and improve overall beef production while easing beef prices.

However, the report indicates that enforcing the age-and-weight restriction may pose a challenge for the government given the number and scale of cattle breeders, since the majority of them are small-scale farmers who are located in smaller villages, where they depend on local butchers for slaughter, operating largely in the informal economy.

Plans to renew the national veal project were announced in May. This project targets young farmers and recent graduates, providing them with loans for the purchase of cattle and feed. The Principal Bank for Development and Agricultural Credits (PBDAC) has allocated EGP 300m ($16.7m) to support the project and amended its loan terms and conditions to encourage additional small-scale farmers to apply.

Earlier in July, the ministry announced that the national veal project’s board of directors has

According to the report, by the end of 2017, the project will have funded the purchase of roughly

As part of Egypt’s plans to increase beef production, Al-Sisi confirmed in early 2017 that out of the EGP 100bn ($5.6bn) budgeted for herd expansion, around EGP 5bn ($281m) has now been spent on equipping cattle farms. To date, over 24,000 live cattle have been imported from Brazil and Uruguay. The Ministry of Agriculture and Land Reclamation announced that it is launching the project with a pilot production model in nine areas within the governorate of Beheira, starting with around 200,000 dairy and fattening cattle, the FSA report indicates.

Furthermore, the project will include a milk processing factory, as well as slaughter facilities. Given that most of the cattle will be imported, the project’s success hinges on the Egyptian pound strengthening.

In regard to input costs, the report cites that the Ministry of Supply and Internal Trade (MoSIT) confirmed, in July 2017, that it is resuming fixing annual indicative prices for grain (i.e. corn, wheat, and rice), reversing a 2013 decision allowing market forces to determine prices. The ministry’s decision was embraced by farmers who believe it will help control their animal feed prices.

The FAS forecasts that Egyptian beef consumption will reach 645,000 tonnes in 2018, up 35,000 tonnes from 2017’s estimate. The FAS revised in their report their earlier 2017 consumption estimates to 610,000 tonnes from the USDA’s official estimate of 660,000 tonnes, due to consumers reducing their purchases of beef in the wake of the Egyptian pound’s 2016 devaluation.

The report attributes the 2018 consumption increase to expanded beef supply, as well as the expectation of a drop in meat prices. Egyptian beef consumption is driven by the availability of affordable beef. Since the majority of Egyptians are low-income consumers, beef consumption is tied to lower cost, not consumer calculations premised on the recommended daily intake of protein.

Moreover, Egyptians prefer beef to other types of meat (i.e., poultry and lamb), and also prefer fresh over frozen beef for cultural reasons. Red meat consumption is comprised mainly of locally produced fresh meat, imported ready-for-slaughter cattle, imports of frozen buffalo meat from India, and frozen beef (primarily from Brazil). More affluent consumers view frozen imported beef as being an inferior product due to the fact that the bulk of frozen imported beef is low-quality cuts sold at government outlets at discounted prices.

According to the report, the Central Bank of Egypt’s decision to free float the Egyptian pound resulted in a significant increase in imported cattle and frozen beef prices, as well as imported feed costs.

Following the political unrest in 2011, importers turned to the parallel market for their foreign exchange needs; the black market commanded a 30-40% premium over the official exchange rate. With the halving of the pound’s value, private importers are being pushed out of the market and government ministries such as the MoSIT, MALR, and the Ministry of Defence have now become Egypt’s largest importers of live cattle and frozen beef, the report indicates.

Furthermore, the report forecasts that total live cattle imports in 2018 will remain stable at about 250,000, with Sudan and Brazil being the biggest suppliers. Other suppliers include Spain, Germany, Ukraine, Hungry and the United States.

and Somalia). Reinvigorating relationships with the African continent’s polities is one of Cairo’s key foreign policy priorities. Egypt’s cattle diplomacy in 2015 led to the purchase of 800,000 live cattle valued at EGP 1.3bn ($166m) from Sudan over a period of three years.

On the other hand, US-origin live cattle is highly regarded among Egyptian importers and government officials. Holstein Association’s dairy cattle for milk production is Egypt’s preferred breed. However, US beef commands higher purchase and shipping costs compared to other source countries.

Consequently, Egypt has not imported any live US cattle since 2013. That year, Egypt imported 1,386 female dry cattle, compared to 3,135 pure-bred female breeding cattle in 2012.

The report attributes 2018’s import increase to a rebound in domestic consumption due to the anticipated drop in prices. “We foresee imports bridging the gap between production and consumption.

Brazil is expected to stay Egypt’s main supplier of frozen beef, while India will remain the country’s

In 2016, Egypt’s beef imports from the United States registered only 353 tonnes of beef ($2.65m) compared to 1,006 tonnes ($5.8m) and 1,023 tonnes ($4.9m) in 2014 and 2015, respectively. Most US frozen beef exports to Egypt are high-quality beef cuts used primarily by the hotel and restaurant sectors. The report attributes the witnessed drop in US beef exports to Egypt to the decline in tourism combined with foreign exchange challenges since the 2011 revolution.

The report forecasts that with a stronger Egyptian pound in 2018 and the return of tourism, US

exports of frozen beef will recover. The CBE reports that tourism receipts tripled in the last three months of fiscal year (FY) 2016/17. Tourism revenue rose to $1.5bn in the fourth quarter, from $510m in the same period a year ago.