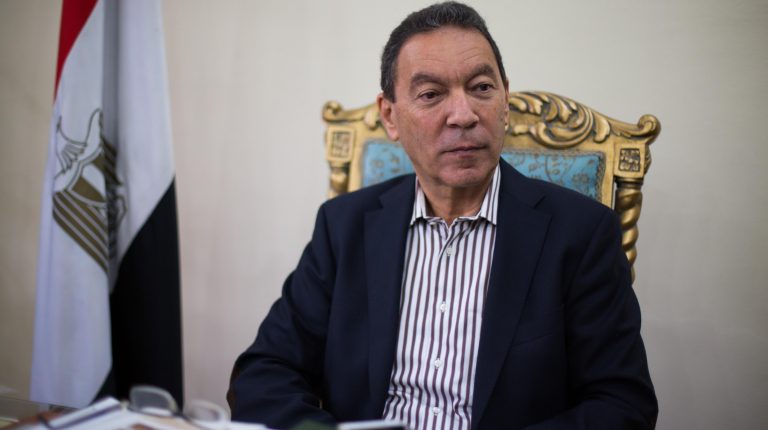 Hani Al-Nazer is one of the pioneers of public research in Egypt. He served as president of the National Research Centre (NRC) for eight years, from 2001 to 2009. He is currently a professor at the Centre’s Department of Dermatology.

He holds a Bachelor of Science in Agricultural Sciences, a Bachelor of Medicine and Surgery, a Fellowship from the Royal College of Physicians in England, and a PhD of Medical Plants from Cairo University.

During his presidency, he managed to activate the results of a large number of scientific research. He managed to link the centre with factories, farms, and various production sectors, thus creating many jobs for graduates.

Al-Nazer represented Egypt in international scientific forums, contributed to the development of science and technology strategies worldwide, and during his scientific career, discovered a new treatment for psoriasis, which has benefited thousands of patients for more than 20 years.

He also established a centre for treating patients for free and succeeded in putting Egypt on the map of global medical tourism, in addition to finding a new method of treatment for vitiligo, which has benefited thousands of patients.

During his presidency of the NRC, Al-Nazer began the preparation of the bird flu vaccine at the centre in 2006, which became a product used in the Egyptian market as an alternative to the imported drug.

He participated in the drafting of articles on scientific research in the new constitution.

We noticed your spread on social media, despite the fact that academics often shy from that, why is that?

Social media came from scientific research, therefore, we have to use it. I use it as a tool in diagnosis and distant education. This is not a heresy. It is used in many countries, including Pakistan, and I also use it to raise awareness and resist rumours which are harmful to society. Disease rumours are a type of war impregnated with the fourth generation wars. In developed countries, community service is a prerequisite for university promotion.

Is the application of comprehensive health insurance in Egypt difficult?

It is not difficult, as long as the financial support is available, and this will be implemented in stages in different governorates.

Will the new law provide equality between citizens receiving treatment?

Of course, hospitals will be included according to standards and will not be contracted until the conditions are met.

What is the role of the NRC in fighting hepatitis C?

Regarding the treatment campaign, we had almost no role, but with regard to the disease, we are now working on a serum to prevent liver virus infections.

The NRC during your presidency supported and launched the cancer treatment project using gold molecules invented by Mostafa El Sayed. What did this project reach and when will this treatment come to light?

The research is going well and experiments on animals have ended and the results are great so far, perhaps in two or three years, the treatment will come to light.

The state is always accused of ignoring or not using our scientists abroad. Is this situation still ongoing?

No the situation is much better now; there is a scientific advisory board and there are many of our scientists abroad. Hani Azer is in transport, Zewail established his university and after his death, Mustafa El Sayed took responsibility for it. In solar energy, we have Hani El Nokrashi. Ambassador Nabila Makram, minister of international cooperation, has made great efforts in linking Egypt with its scientists

Many say, despite the regime welcoming and currently endeavouring to benefit from scientists, that bureaucracy hinders their participation. What is your response to that?

The reason for this is the lack of a Ministry of Scientific Research and the integration of scientific research into the Ministry of Higher Education.

What hinders the development of scientific research in Egypt, poverty or ignorance?

There are many who call themselves inventors and accuse officials of negligence—is this true?

Unfortunately, there is confusion between ideas and inventions. So many ideas need conversion to inventions that lead to great possibilities and research and this is not happening.

Why do young inventors succeed abroad and are not interested here?

As I said, because there is no designated body for their care, this is why the ministry must be established, as I have affirmed.

Who is responsible for scientific research in general?

The ministry provides a lot of possibilities to encourage students to invent, why not find the positive results?

Due to the lack of implementation and follow-up, because staff are committed when a system is firmly put in place for them so they are not the wrong ones.

Of course, I experienced a personal incident. When I was asked to report on a wheat shipment in 2009, it turned out to be corrupt. After votes were finally given to me, the minister of education made up a random committee that illegally denied me a prize.

Is it possible to repeat such an incident now?

I do not think so because there are regulatory bodies working efficiently, especially the Administrative Control Authority (ACA), which I propose to honour for the corruption it has revealed during the past period.

Are there currently tangible outputs for the development of scientific research and its impetus for development?

There are encouraging models that are starting to emerge. The World Bank is now financing the world’s largest solar power plant. We had called for this for five years. There are also desalination projects, which we have been advocating for six years now.

But the economic viability of such projects is worth it?

Yes and the role of scientific research is to make these projects less expensive and higher in return. For example, in the field of medicine, because of the high price of the dollar, we began production of Egyptian medicines. I, as a doctor, only prescribe Egyptian medicines, from approximately 20 pharmaceutical companies.

What about some who say domestic drugs lack effectiveness compared to imported ones?

This is not true at all. Those are rumours said by agents of foreign companies and pharmacists to profit, and there is an imported drug worth EGP 300 and its Egyptian counterpart is worth EGP 30, although they are the same quality.

Is there any truth about the poor health service in Egypt?

These rumours are all deliberate and harmful to the state, and a solid proof for this is that the mortality rates from diseases in Egypt are the lowest, and the large population increase is proof of that, and the increase in the average age in Egypt is also proof of that, and perhaps the only problem that can be mentioned is the shortage of nursing staff.

How do you see the chaos of herbal remedies?

No one should prescribe a cure except the doctor, and those things must be well monitored, and herb therapy is pervasive all over the world, but it is codified.

Regarding the signing of the Dabaa project contracts, are we eligible to manage this project?

Of course, we have the talent, and the faculties of engineering and science are full of qualified people in this field, and the evidence is the presence of international companies and factories in Egypt that are managed at full effectiveness.

You supervised the program of medical tourism at the Ministry of Health; why is it not exploited?

Medical tourism in Egypt is a lost treasure and medical areas in Egypt are not exploited properly. Egypt has resources for therapeutic tourism which does not exist in the world. Tourism is an important issue and it saw a crisis but it has begun to loosen, and President Putin’s recent visit to Egypt is a strong testament to Egypt’s security and promises a strong return of tourism.

Administrative Control Authority to cooperate with FBI to fight corruption