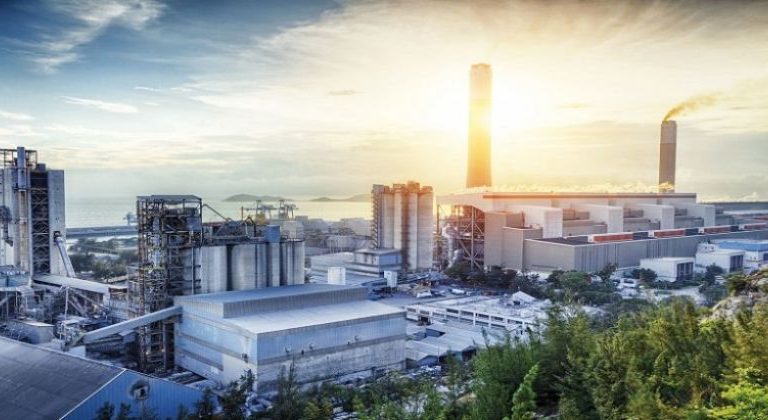 The government plans to launch a solar cell plant and a photovoltaic plant, in cooperation with China, with a capacity of 1,000 MW. The Arab Consulting Office (ACO) provided an integrated feasibility study for the construction of an integrated industrial complex for the production of solar cells.

Ibrahim explained that the project has a great opportunity to be a cornerstone of economic development in Egypt, with a direct impact on the economic and developmental elements in the state now and in the future.

According to the expected positive results of the project, it will contribute to the provision of a local high quality product that will substitute for similar imported products, thus increasing the export opportunities and contributing to the provision and increase of foreign exchange reserves in Egypt.

It will also contribute to the provision of a basic product for the production of renewable energy based on alternative energy, which will reduce Egypt’s consumption of petroleum and natural gas, benefiting the other elements of economic and industrial development, and providing direct and indirect employment opportunities in the fields of industry, trade, export, education, and development.

The idea of the industrial complex depends on the manufacture of solar cells and then processing and assembling them in the form of solar panels capable of producing electricity. This is an industry that needs high operating power, starting from the use of water in the washing of sand suitable for production and then the process of sorting the size and type of sand, and then the smelting process of sand into special gas or electricity chambers.

It also requires constant energy without interruption. The production is the so-called alloy of the cell, which will be produced with special international specifications and sold in the form of flat rectangular blocks weighing between 220 and 240 kilograms and then cut to the square plates in final form, which is universally set at 156 x 156 millimetres. It produces energy of 4 watts, according to the quality and technique used.

After cutting the blocks, the process of treatment begins. This is also a very sophisticated process that requires attention, including chemical and electrical processing. It also needs to pass several tests until the final product is capable of producing energy from solar rays.

The solar panels consist of several layers, namely the base, either glass or heat resistant plastic, and then a layer of adhesive material, on which the solar cells are placed together in parallel rows and connected to each other respectively to assemble the desired capacity of the electrical output of the total cells. Each panel can produce 4-400 watts.

It is covered with another adhesive layer and then with a final layer of special glass that is not reflective of the sun rays. Then the whole unit is placed inside a special oven to dissolve the adhesive layer under a certain pressure to ensure that all the layers are properly bonded. An aluminium frame is placed around the sides and then a collection unit is put on the back of the panel to collect the energy from all cells into one output. The panel then undergoes tests and inspections to ensure they are of high quality and free of defects.

Ibrahim explained that the establishment of this huge industrial complex requires a power station with large capacity to cover the consumption of the attached factories, including the sand washing and sorting unit, and a furnace to produce the original raw material of sand.

The material will be dissolved and processed in special furnaces to extract the alloy used in all purposes of 99.9999% pure silicon, including electronics industries for the manufacture of computers and transistors, of which some will undergo 300 processes to reach the final product form, such as computer and mobile processors and electrical conductors.

There will also be a unit for cutting the alloy into thin films that will be processed chemically and electrically, and then an electricity conducting grid is printed on its sides. The films are then tested to be prepared to produce solar cell panels.

Ibrahim pointed out that the establishment of a factory of special glass free of iron and other impurities, to ensure non-reflection of the sunlight and allows the entry of sunlight with full force to the solar cell, is very important regardless of whether or not there are factories in Egypt that can produce that product. He explained that there is B-grade sand that will need operation, next to the feasibility of having the raw materials of the final products close to the complex, in addition to benefiting from the recycling of industry water and heat produced from the furnaces.

A complete plant for the production of plastic adhesives, known as IFA, as well as the production of special plastic sheets for the back of solar panels will be established as an alternative to glass in case of market need.

He said that a factory will be built to assemble the components of solar panels, which is the final product in which the panels are assembled and tested to be ready for use and to generate electricity when exposed to sunlight.

In addition to the industrial complex, a factory for batteries is needed to store electricity produced from solar panels in different capacities to be used for street lighting and remote areas that do not have direct connection to the public network.

Moreover, Ibrahim mentioned that the proposal of the plant complex components is subject to modification according to the location, the existence of raw materials, its quality, its distance from the place of production, the availability of labour, and the study of all the influential and surrounding factors to provide the most suitable environmental and economic solutions.

Ibrahim suggested that the place to construct an industrial complex should be close to a source of water for use in the cooling, noting that the water could also be treated for drinking as a byproduct for the infrastructure.

He pointed out that prices include infrastructure with specific specifications, as well as buildings, training, and technology, and is subject to international standards and all official certificates required to ensure continuity of keeping pace with the progress and development throughout the life of the industrial complex.

In Egypt, the main element of solar cell manufacturing is silica sand, which is also a key element in many industries and uses. The sand is suitable for the manufacture of solar cells in the Zafarana and Abu Zenaima sites.

Applications of silica sand are used in many industries, including electronics, transistors, communication devices, computers, electrical insulators, and advanced metals such as aluminum, copper, glassware, ceramics, bricks, water purification filters, and plastic paints. In addition, there is an opportunity to add the glass wool industry, which is also produced from the sand industry through a non-complicated process. This glass is an important insulation material that must be circulated in the construction to provide energy, as the insulation technology in buildings can save more than 20% of energy consumption in terms of cooling or heating.

It will also have various medical uses such as silica gel, used in cosmetic, calcium, and selenium, which is an important food supplement, and some of these products cost up to $30,000 per tonne.

The geographical location of Egypt between Asia, Africa, and Europe also gives it a competitive advantage, through saving costs of transportation and shipping. Egypt is one of the pivotal countries to sign a set of free trade agreements and protocols such as the COMESA Agreement, the Egyptian-European Partnership, and the Greater Arab Free Trade Area (GAFTA), which gives products advantages, including fees or customs exemptions in some European countries.

The main purpose of the establishment of this complex with all its integrated production units is to maximise the benefit through recycling of water and thermal energy. This is the method now practised in all industries in the world in terms of providing water and conservation of the surrounding environment and the exploitation of all natural resources in the most innovative ways.