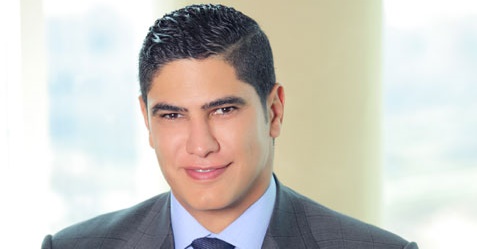 EMG is the parent company of high-profile media assets including Synergy, ONTV, and Presentation Advertising Agency.

The value of the transaction was not disclosed, nor were any further details regarding EMG’s plan to go public in 2018.

In 2016, Egyptian Media Group had signed an agreement with FEP Capital to manage the company’s restructuring plan to offer a stake in an initial public offering on the Egyptian Exchange (EGX).

Media reported then that EMG would raise at least EGP 1bn ($113m) in an initial public offering during the first quarter of 2018.

The transaction is Eagle Capital’s first, former investment minister and Chairperson Dalia Khorshid said in a statement, noting that the sector “reflects our interest in a strategic sector that touches the lives of consumers on a daily basis.”

Daily News Egypt could not immediately reach Khorshid for comment.

Abou Hashima is currently chairperson and CEO of the Cairo-based Egyptian Steel, which he co-founded in 2009.

He has worked in the steel industry since 1996, which was the same year he received his Bachelor’s degree in commerce.

In addition to Egyptian Steel, the tycoon also owns Abou Hashima Steel Group and has shares in many other major industry companies in Egypt.

Steel was not the only thing Abou Hashima had his sights set on.

The tycoon also sought to make his mark in the media industry, but it seems his strategy has changed.