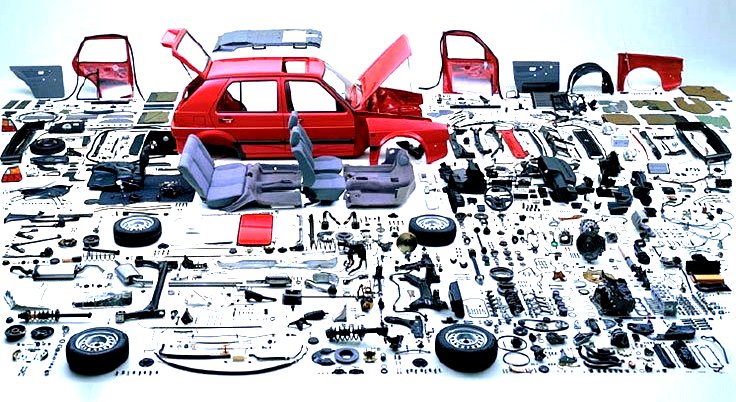 On the sidelines of the fourth Egypt Automotive summit, held in conjunction with Autotech Exhibition, automotive sector investors stressed the importance of technological solutions in detecting commercial fraud of products in all sectors, to reduce company losses, and to help consumers differentiate between genuine and fake parts.

Adel Zaghloul, chairman of NTG Egypt for technological solutions, said that Verum Code, patented by Verum, a model-driven software engineering tool, can help in cases of fraud through printing a hidden part of the code on sold parts within the package while the other part can still be visible to track the products throughout the sales chain.

Zaghloul explained that the QR Code of the product can be electronically printed on the products via a program through which all information of the product becomes an encrypted code that cannot be replicated.

He added that consumers can then check whether the product is genuine or fake through scanning the code using the Verum smartphone application, which will match the encrypted code with the data found on the manufacturing company’s servers.

Hence, if the product is found to be counterfeit, showing a pre-existing or fake code, a message will be sent to the consumer as a warning.

For his part, Development Manager at Verum Mohamed Youssef said his company is now communicating with several global companies to start using the app, adding that the single existing barcode does not apply to the application, as it only shows the origin number and some basic information.

He noted that Verum has contracted with Delta Insurance and Tokyo Insurance, to detect the fabrication of their insurance documents, and is in talks with more companies.

Walid Eissa, managing director of Verum, stressed that the more technology advances, the more sophisticated the methods of product fabrication will become.

He added that the damage caused by fraud in auto spare parts is not only the price of the product, but the cost of the car in case of accidents caused by fake spare parts.

He noted that the percentage of commercial fraud in auto spare parts amounts to 25%, compared to 50% of veterinary drugs, and 25% of mineral water.

Zaghloul said that technology is the language of the present and future times, adding that the problem will be ignorance and undermining its importance, even though smartphones are already in control of every aspect of our lives.

He called for a distinction between fake products compared to low- and average-quality mimicry products, as Italy, for example, is specialised in the production of heavy equipment of those types.

He also noted that consumers may sometimes encourage fake products considering the price gap compared to the genuine parts.

Concluding, Zaghloul referred to the role of the government and the need for a legislative will to protect consumers in Egypt, as well as a social responsibility policy similar to some European countries, such as Switzerland and Germany.