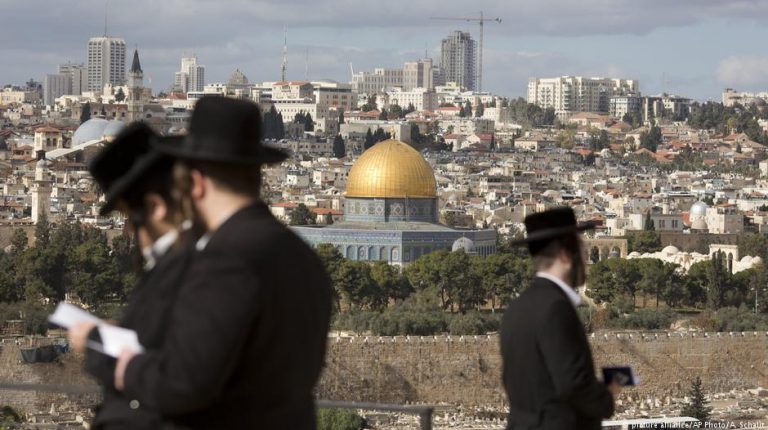 The Palestinian government renewed its rejection of US decisions regarding the status of Jerusalem in a cabinet meeting held on Tuesday, WAFA reported.

The cabinet said the US “was given a chance to reverse its illegal decision and side with values of humanity and justice, the UN Charter and international will but chose instead the wrong side of history, colonialism, and injustice,” the report added.

The Palestinian Authority said Monday that it will pursue diplomatic means through the UN and other international organisations to defend the rights of its people.

“This US veto will lead to more US isolation and irritate the international community,” Presidential Spokesperson Nabil Abu Rudeina said, according to the Palestine Liberation Organisation’s website.

On Monday, US Ambassador to the UN Nikki Haley vetoed a Security Council resolution, sponsored by Egypt, that outlaws any unilateral decisions regarding the status of Jerusalem, voicing an Arab rejection of the recent US decision to recognise Jerusalem as Israel’s capital.

Hours later, it was announced that US Vice President Mike Pence has delayed his scheduled Middle East trip to watch over the upcoming tax reform vote. “The vice president looks forward to travelling to Egypt and Israel in January,” Press Secretary Alyssa Farah tweeted on Monday.

During the UNSC session, Special Coordinator for the Middle East Peace Process Nickolay Mladenov said, “the security situation in Israel and the occupied Palestinian territory has become more tense” in the wake of Trump’s decision.

“The UN maintains the view that Jerusalem is a final status issue that must be resolved through direct negotiations between the two parties,” he stated.

Haley heavily criticised the UN, accusing it of double standards, saying, “to the United Nation’s shame, this has been a disproportionately hostile place” towards Israel.

Haley described passing such a resolution and abandoning the Israeli side as “a mistake that will not be repeated again.” Israeli Prime Minister Benjamin Netanyahu tweeted to thank the US for vetoing the resolution.

Haley, previously accused by the Palestinian Authority of complete bias in favour of Israel, made critical remarks in response to accusations of the US of obstructing the peace process, describing it as “a scandalous charge.”

Haley further went on to criticise other member states which the US outnumbers in contributions to the United Nations Relief and Works Agency for Palestine Refugees in the Near East (UNRWA): “When they see these countries accuse the United States of being insufficiently committed to peace—the American people lose their patience.”

Both the UK and France opposed Haley during the session. Trump’s announcement was met by wide international resistance. The US stood alone for the second time in the UN Security Council since the decision, with 14 member states voting in favour of the resolution and the US used its veto power, taking an isolated stance.

Meanwhile, a Russian representative said during the session that his country is ready to become an “honest mediator” between Palestinians and Israelis, reiterating Russia’s proposal to hold a summit between the Palestinian and Israeli leaders, the AP reported.

In the trail of condemnations of the decision, Turkish President Recep Tayyip Erdogan hosted an emergency summit in Istanbul for the Organisation of Islamic Cooperation, during which leaders of the Muslim world agreed to recognise East Jerusalem as Palestine’s capital.

Palestinian Ambassador to the UN Riyad Mansour told Saudi Arabia’s news agency, earlier on Monday, that he might seek to pass a resolution at the UN General Assembly to recognise East Jerusalem as Palestine’s capital, in anticipation of the expected US veto on the draft resolution.

Turkey backs the Palestinian efforts to take the case to the General Assembly, according to Al Jazeera. In addition, Erdogan earlier announced that Turkey plans to move its embassy to East Jerusalem in recognition of it as Palestine’s capital. It remains unknown how such a plan would materialise with Israel in full control of the city and insisting it is its “eternal, undivided capital”.

In Cartoon: Palestine condemns US veto at UN Security council