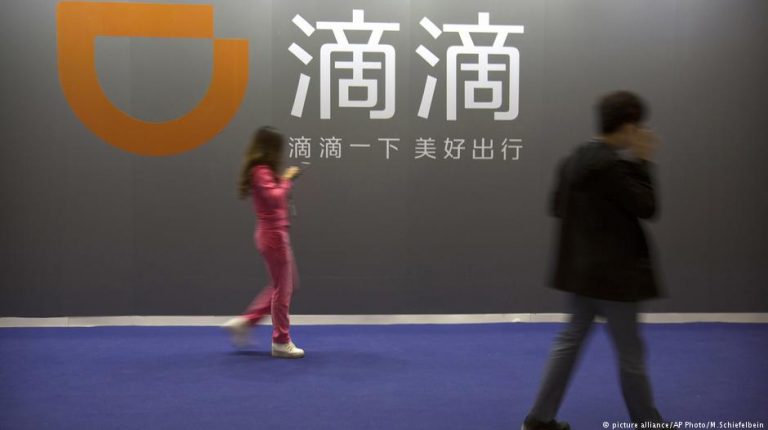 Chinese ride-hailing firm Didi Chuxing has raised $4 billion (€3.37 billion) in funds earmarked for expansion overseas and into areas such as artificial intelligence, as it looks to challenge still bigger rival Uber.The last funding round boosts Didi Chuxing’s valuation to around $56 billion, making the ride-hailing platform Asia’s most valuable startup.

“Didi plans to scale up investments in AI [artificial intelligence] talent and technologies, to further build up its intelligent driving and smart transportation capabilities,” the company said in an official release Thursday.

Moreover, the funding was intended to bring “innovative and diversified transportation to broader communities” across the world, it added.

Didi has nearly half a billion users around the world and handles up to 25 million rides per day. More than 260,000 electric vehicles are running on Didi’s network, and the firm had set up a joint venture to build its own charging networks, the firm’s chief executive Cheng Wei said last month.

Didi has expanded overseas rapidly in the past year since sealing its dominance in China with the purchase of Uber’s local business in 2016, ending a cash-burning subsidy war that cost US-based Uber an estimated $2 billion.

Didi is seeking to grab international market share from Uber by working with local firms through investment or partnership, including Southeast Asia’s Grab, India’s Ola, US-based Lyft, and Europe’s Taxify.

On Wednesday, Didi announced it was looking at entering the Taiwanese market, and had authorized a franchisee operator to do research there on its behalf. Reportedly, the company is also in talks with Japanese taxi operator Daiichi Koutsu Sangyo to provide riding services for Chinese tourists in Japan. And it is planning to enter Mexico next year, in what would be its first overseas operation not managed through a local partner

The Wall Street Journal has reported the fundraising had pushed Didi’s cash reserves to $12 billion from $3.5 billion two years ago.