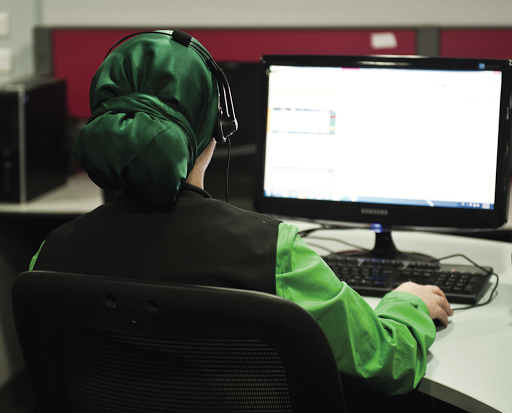 The Population Council conducted a study named “Young Women Technical and Vocational Education in Egypt”, in collaboration with the National Council for Women (NCW) and supported by UN Women and the Japanese Embassy in Cairo.

The study aimed at maximising young women’s access to technical education and increasing their participation in the labour marker in Egypt through providing better understanding of the education and employment choices that young women in technical secondary education have.

The reason for conducting this study

Technical and vocational education has proven to be the rescue boat for improving the socio-economic empowerment of youth, especially women of major industrial nations. The situation cannot be different in Egypt.

Meanwhile, Abdel Tawab pointed out that this number is almost half the total number of female students enrolled in public secondary schools.

In this context, the study explained that about half of these students obtained a total of more than 70% in the preparatory certificate, which is the main factor determining whether students enter general secondary education (GSE) or TSE.

According to Abdel Tawab, the study found that other factors, such as maintaining equity among siblings and peer influence, also play a role in girls’ choice of entering TSE. School proximity is also an important factor, as parents are reluctant to send their daughters to schools far from home.

“Several students indicated that they would have liked to attend nursing school but their parents would not allow them because the school was located in a different governorate,” according to the study.

In this context, a female student at a commercial school said that her family’s financial circumstances are not very good, so she enrolled in commercial secondary school to earn a certificate and finish quickly.

Meanwhile, “my score was more than 70% in the preparatory certificate, so I decided to join the GSE but my father prevented me as my twin, whom my dad considers a genius, got a lower score that could only allow him to enter industrial school, so my dad decided to send me to industrial school so I won’t be better than my brother,” a female TSE student at an industrial school said.

The impact of women’s technical education on the Egyptian economy

She added that TSE focuses more on industrial technical education, including mechanics, smithery, and carpentry, but unfortunately, females do not enter these tracks as most females, 51.5%, are mainly concentrated in the commerce track.

Furthermore, it was also clear that sub-specialities that are more available to women, such as textiles, are not in high demand in the Egyptian labour market.

So, “we need to create and open new tracks according to the needs of the market,” Abdel Tawab said.

Meanwhile, she said that if new specialisations or tracks are opened, young women will have more job opportunities so females will contribute to improving and developing the Egyptian economy, adding that what is happening now is a waste of state resources.

She explained that the government now spends money on the education of female students in TSE, while they do not enter the labour market, so there is no benefit or return for the government in exchange for the money invested in the education. Moreover, Abdel Tawab said that females face many obstacles that impede them from working.

Abdel Tawab said that their skills do not fit the labour market’s requirements, salaries are very low, they work very long hours—as most work in informal sectors, so they are not subject to the Labour Code—and the jobs are not commensurate with their ambitions and potential.

She explained that this is because they went to technical school and was hoping for a better career, but the jobs available do not fulfil their ambitions.

Furthermore, she added that the state has to find a way to solve the problems of female workers in informal sectors.

Furthermore, among the problems is the persistent societal view that technical education is inferior.

In this context, Abdel Tawab explained that this outlook will not change unless the TSE led to significant jobs.

Women’s work is not a luxury, but necessity

Abdel Tawab said that the work of women is not a luxury, but a necessity, pointing out that if woman worked, they would benefit their entire families.

Furthermore, she said that when women work, childbearing reduces and the rate of early marriage decreases.

The Ministry of Education has set a national strategy to upgrade 2,000 TSE schools over the next five years through updating curricula to meet international standards, providing modern equipment, and improving teachers’ skills.

In this context, Abdel Tawab hopes that the ministry bears in mind the needs and skills of the females.

Meanwhile, the National Council for Women is advocating for the creation of new TSE tracks that meet the needs of the Egyptian market, as well as young Egyptian women’s capabilities, and initiatives supported by international organisations also aim at enhancing the employability of female graduates of TSE and linking them to employment opportunities.

Cairo Factors aims to increase business to EGP 500m in 2018