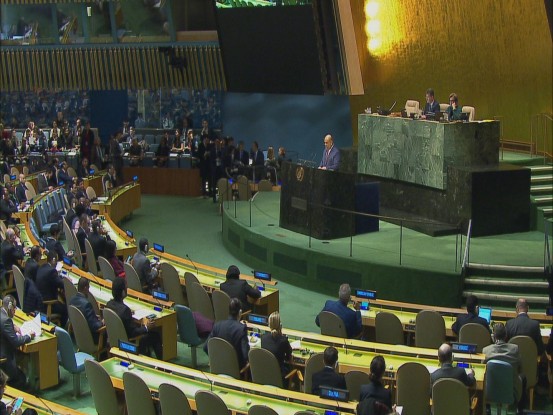 With an overwhelming majority, the UN General Assembly voted in favour of a resolution that outlaws any unilateral decision regarding the status of Jerusalem. The decision, though not mentioning the US by name, is a major rebuke of Trump’s recognition of Jerusalem as Israel’s capital, despite his threats on Wednesday to cut off aid to countries voting against his decision.

Only nine countries—including the US and Israel—voted against the resolution. The others were Guatemala, Honduras, Palau, Nauru, the Marshall Islands, Togo, and Micronesia.

The vote was described by Palestinian President Mahmoud Abbas, right after the result was announced, as “a victory for Palestine” according to the Guardian. Meanwhile, Israeli Prime Minister Benjamin Netanyahu reportedly rejected the vote.

Following the announcement of the result, Nikki Haley—US ambassador to the UN—threatened in her speech that the insult the US faced will not be forgotten. She went on to reference contributions the US provides to countries who “disrespected” them at the UN as they voted for the resolution. She asserted that the US will nevertheless move its embassy to Jerusalem, saying, “no vote in the UN will make any difference.”