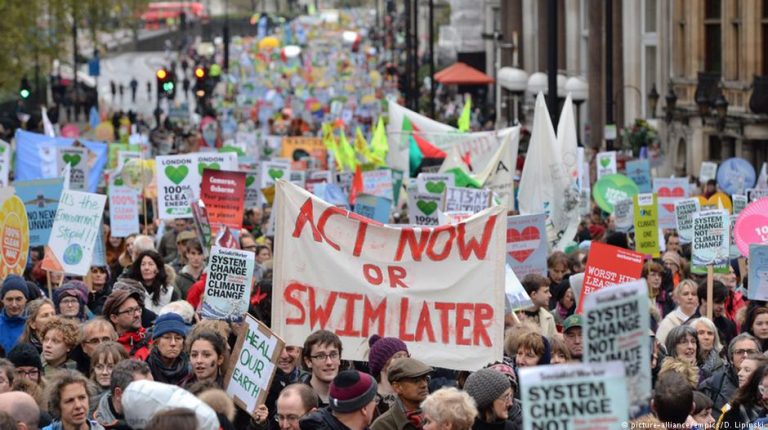 Most of us do things every day that contribute to climate change, and changing our behavior is vital. But we won’t get anywhere acting alone. And that’s where you come in.”Your individual actions are key to protecting our planet,” could almost be a slogan for our century.

That’s why I don’t have a car, only buy second-hand clothes, barely eat meat, recycle carefully and have even given up one of my favorite indulgences — chocolate cream made with palm oil.

Being eco-friendly makes me feel good on many levels — and, we all know, sounds cool. But let’s be honest: Does it really make any meaningful difference to the planet? Or am I just soothing my own conscience as the world burns?

Is there really anything we can do as individuals to tackle the global problem of climate change?

It’s frustrating when your day-in-day-out efforts and sacrifices save fewer emissions than someone else’s single journey on a private jet.

But big change starts with the dedicated actions of a few — where would we be if early suffragists gave up their fight because others refused to engage?

“Lots of young people come to me and ask, can I do something, does it matter what I do?” Erik Solheim, executive director of the United Nations Environment Program, told DW.

Solheim says change can happen much faster than we think; it’s just a question of will.

Scott Goodson, founding chief executive of the marketing agency StrawberryFrog, also believes movements start with individuals — and someone has to take the lead.

Awareness of your own impact on the planet and the contribution each of us can make, feeds into the bigger fight against global warming.

Many people still find it hard to relate to a problem on the scale of climate change, Goodson told DW. But “inspiring behavior” can help them engage.

Be part of a community

And making a difference is only really possible when millions of people join forces.

“We are actually quite powerless as individuals,” Bill McKibben, co-founder of 350.org and author of “The End of Nature,” told DW.

Climate change has taken on such worrying dimensions that noble actions at home are no longer enough, McKibben said.

“The only thing an individual can do that really matters is become a little bit less of an individual and join together with others in the movements that are big and broad enough to actually change government policy.”

The collective actions of indigenous peoples from around the world are a point in case.

Hindou Oumarou Ibrahim, coordinator of the Indigenous Women and Peoples Association of Chad, points out that 20 years ago, indigenous peoples were not even mentioned in climate talks.

At COP23 this year, their presence was crucial.

This was the result of small individual and local actions in far-flung corners of the world cooperating to make a global impact, Ibrahim says.

This all sounds very inspiring. But there is another much more challenging step before real change happens — political change.

If you feel frustrated because family members can’t be bothered to recycle, how does it feel to learn the EU is still granting subsidies to the fossil fuel industry?

Sadhguru, an Indian spiritual leader and ecologist, told DW says it doesn’t matter how much you do as an individual , or even as a group, if political leaders don’t act.

“If you don’t have a clear-cut policy and if the administration or the governments don’t invest in this direction, […] there is never going to be a solution,” he said.

As McKibben says, “we need many people in the streets demanding action and pushing governments to move much, much faster than they’re currently contemplating.”

Taking individual responsibility is good for the climate, but individualism isn’t. We need to think as communities, get together to put pressure on our governments, and create new social and economic paradigms.