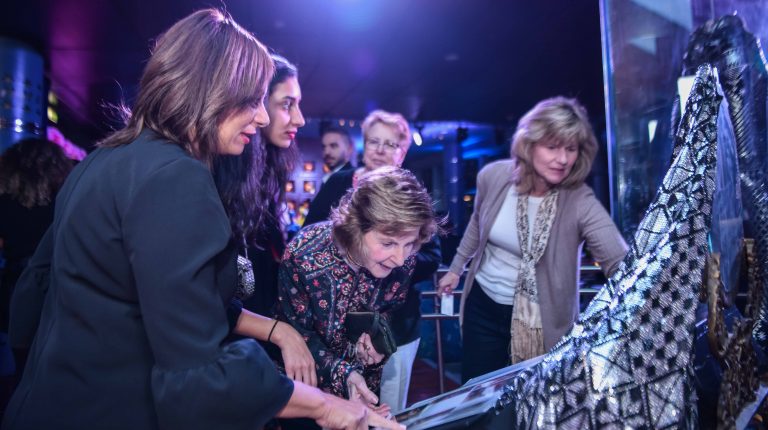 While the sun rays tangoed with the clear tides of the Nile, the ‘crachindo’ of high heels ascended on the way to the sky-roof venue. Cairo’s top fashion experts and loyal supporters of home-grown brands were set to meet the country’s top fashion designers for a day of glam and charity at Capital Brunch.

Socialite and fashion philanthropist Heba Serag El-Din returned once again with a new fashion-forward event under her do-good initiative, Fashion Funds. The progressive concept has been associated with a number of former charity events, which aim to support both local fashion and essential causes.

For her newest edition, the fashion blogger brought a number of successful local brands and designers such as Anne Marie Kirollos, who showcased a one-of-a-kind masterpiece handmade in the heart of Upper Egypt; Papayas, the country’s favourite tassel master; and Jayda Hany, who brought along her futuristic footwear. On the other hand, the list also included renowned names such as Amina K, 7Camicie, The King’s Mother, and Reem Jano.

Aside from the spectacular view at the NOX, the Nile Ritz Carlton hotel, the event offered an offline opportunity for the most prominent talents to meet a wider spectrum of audience. According to Serag El-Din, her mission as a curator included investing a proper period of time in order to scout the country’s most allegeable brands.

Following the previous events organised by the Fashion Funds, the third edition of the Capital Brunch was dedicated to support a cause. This year, Serag El-Din chose to benefit the Burn Hospital, which received a percentage of the event’s proceedings.

Jayda Hany on being a woman in a male-dominated industry

Tea, crumpets, and Death on the Nile

Beirut is still the 'pearl of the Middle East'