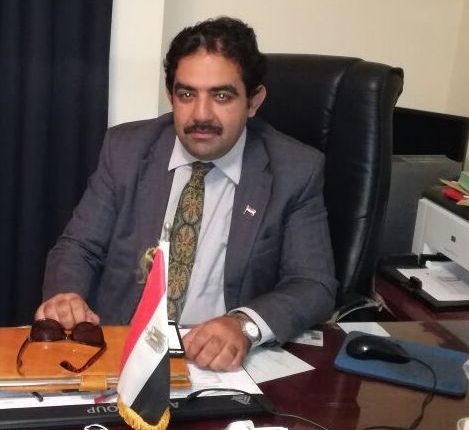 Dakar – Egypt’s Commercial Bureau in Senegal is seeking to increase Egyptian exports to $65-70m by the end of 2018.

Bassem Farouk Badr, head of the Commercial Bureau of the Egyptian Embassy in Senegal, said the bureau had drawn up its ambitious plan to increase the sector’s exports by 20% per year.

What was the volume of trade between Egypt and Senegal last year?

What are your expectations for Egyptian exports to the Senegal market by the end of this year?

Egypt’s exports to the Senegalese market are expected to increase to $55-60m by the end of this year.

What are the most important Egyptian exports to the Senegalese market?

What are the main axes of the strategy to increase annual exports?

The strategy of the Commercial Representation Office focuses on increasing bilateral meetings between exhibitors and importers to conclude direct deals. We held 20 meetings last year.

This is done through the preparation of studies on 14 industrial products that need promotion in Senegal, including pharmaceutical products, medical supplies, building materials, and electrical appliances.

In addition, we are updating the importers database biannually and introducing exporters to the customs clearance procedures to facilitate their operations.

The office is studying the promotion of Sharp home appliances. We also are focusing on ceramics and steel industries to look for agents or to invest directly in the Senegalese market.

What are the deals that the office helped Egyptian companies complete in Senegal?

We helped eight companies establish permanent offices in Senegal, which helped to establish storage houses to ease exporting. These offices also enable them to activate the Economic Community of West African States (ECOWAS).

The office also succeeded in obtaining a contract for Sharp and the expanding of Universal appliances in Senegal, Mauritania, and Mali.

The office additionally helped organise a number of bilateral meetings between Egyptian companies in the field of medical tourism with the Senegalese Ministry of Health.

Certainly, Arab Contractors and Elsewedy Electric are always looking to win tenders in infrastructure to replace China, which has a strong presence in government tenders.

We call for government presence by Egyptian officials in Senegalese government tenders to enhance the position of the Egyptian companies.

What are the deals that the office helped companies conclude this year?

The Egyptian Commercial Bureau succeeded in helping Pepsi in Egypt sign a contract for supplying six containers worth $50m to Senegal next year.

Did the office receive investment requests by Egyptian companies?

The office received requests for investment from some steel companies, including Ezz Steel, to invest in Senegal, but the decision to float the Egyptian pound prevented the completion of the deal.

The office is following up the deal to supply detergents from an Egyptian company to the Senegalese market during the coming year.

Egyptian companies are likely to invest in Senegal’s economic zone if they win government tenders to boost their presence in the Senegalese market.

Egypt is currently negotiating with Senegal to establish a logistics zone and a permanent exhibition for Egyptian products. How can this impact trade exchange?

This contributes to increasing the volume of trade exchange between the two countries, especially that Senegalese consumers prefer finished products.

How does the direct flight between Egypt and Senegal contribute to increasing trade between the two countries?

What incentives does Senegal offer to investors and foreign exporters?

Senegal, through the Investment Authority, provides tax and customs incentives to investors. Some banks provide loans, including Attijariwafa Bank, Société Générale, BNP Paribas, Eco Bank, and Citibank to companies operating in Senegal for two years with interest rates of 7% for individuals and 5.5% for companies, with negotiable grace periods.