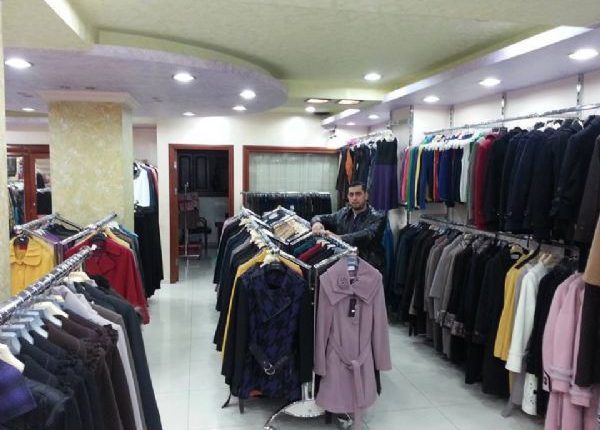 A state of recession hit the local clothes market this season, as winter clothes prices witnessed a surge after the floatation of the Egyptian pound last year, especially since most clothes on the market are imported.

In addition, winter clothes witnessed another surge this season on energy price increases, resulting in only about 10% of displayed clothes being sold, according to retailers.

As a result, most Egyptians preferred to buy only one piece of clothing this winter, in order to save money to spend on essential daily needs instead.

In this regard, Basma Ibrahim, a 24-year-old Egyptian girl, said the prices of winter clothes are very expensive this season, revealing that a jacket now costs EGP 400, in comparison to EGP 150 last year.

“I used to buy new clothes every season, but I bought only one jacket this winter,” she added.

In this respect, retailers called on the Ministry of Supply to start the general sale season in mid-January.

Yehia Zananiry, head of the ready-made clothes sector at the Federation of Egyptian Chambers of Commerce (FEDCOC), assured that consumer turnout is very low this season, confirming that only about 10% of available clothes have been sold.

“We hope that sales may increase during the general sale reduction”, he added, noting that retailers called on the Ministry of Supply to begin the sale season in mid-January, instead of starting it in early February.

“This may give consumers enough time to buy more clothes,” he illustrated, adding that the ministry will respond to their demand within a few days, asserting that it usually agrees to their demands.

Moreover, he revealed that some clothes shops have already individually started their own sales.

As for clothes prices, Al-Zananiry affirmed that they have not doubled this season, noting that they have only inched up about 10-15%, due to practical reasons such as energy price increases.

“Clothes prices doubled during the previous winter season after the floatation,” he highlighted, illustrating that imported clothes prices rose 150%, while local clothes increased about 80%.

In this context, Tamer Awad, an Egyptian young man, assured that the cheapest jacket for men is now about EGP 600 and a lot of jackets are sold at EGP 1,000.

As a result, he revealed that this season he bought only a vest for EGP 200.

“It is not a big problem to let my arms suffer from coldness,” he said mockingly.

Awad added that the Attaba area has become Egyptians’ refuge from the increasing prices of winter clothes, as clothes there are sold at reasonable prices in comparison to prices in Downtown.

“Moreover, many people now resort to clothes that are sold on footpaths because they are at suitable prices,” he highlighted.