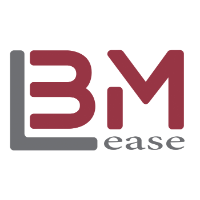 BM for Financial Leasing (BM Lease) aims to increase the volume of its funding to EGP 1bn by the end of 2018.

Hisham Sheta, managing director of the company, told Daily News Egypt that BM Lease started its activities in October after the company was established in March. It managed to build a portfolio worth EGP 250m so far.

BM Lease funds, he said, were directed to the sectors of industry, telecommunications, and real estate development.

Sheta added that the company will be choosing between increasing capital or factoring the debts portfolio over the upcoming year after the financial leverage—the ratio of capital to loans—reached a rate of one to eight, according to activity requirements.

The paid-up capital of BM Lease is EGP 100m. The structure of its shareholders is distributed as 41% owned by Banque Misr, 10% by the bank’s Misr Financial Investments Company, 39% by Tahya Misr Investments, which is affiliated with the Tahya Misr Fund, and a similar percentage by the Holding Company for Insurance.

BM Lease plans to build a balanced debts portfolio between the different economic sectors so that the concentration percentages are no more than 25% per activity.

The company’s strategy greatly focuses on small and medium enterprises, with its ability to strongly compete, with support derived from the strength of its shareholders and the growing financial leasing activity over the upcoming period.