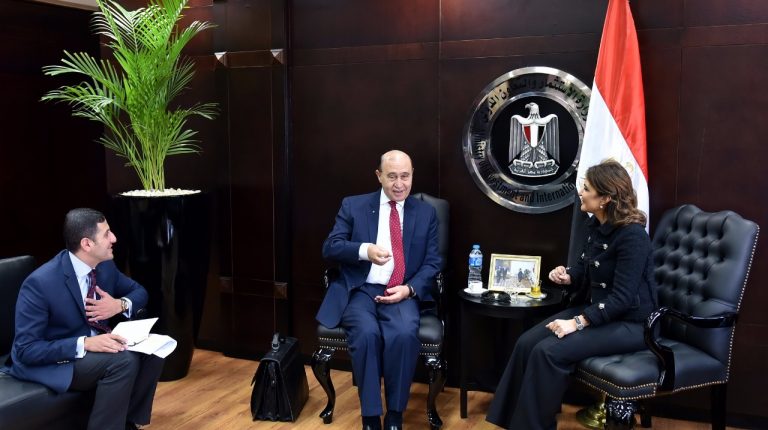 Minister of Trade and Industry Tarek Kabil issued a decision to continue imposing the current export duties on haberdashery, the raw materials of some minerals under Decree No. 1,354 of 2016 and amended by Decree No. 1,157 of 2017, which expired on 26 December 2017.

In addition, the ministry issued a decision to continue imposing an export duty on nitrogen fertilisers at EGP 125 per tonne for one year from the date of its publication in the official state gazette.

According to the decree, these values will be imposed for one year from the date of publication in the official state gazette.

Furthermore, the minister said that the first decision aims to provide raw materials and scrap minerals, as well as wastes of paper to the local market, as they have an important role in achieving industrial and economic development, as they are alternatives to basic materials.

Moreover, he noted that they compensate for the shortage or scarcity of raw materials for many industries, in addition that they are of relatively low prices.

Kabil pointed out that this decision came on the basis of a study prepared by the department of agreements and foreign trade, which proved the effectiveness of export duties in the stability or decline in the quantities of exported haberdashery and raw materials of the aforementioned minerals

Meanwhile, the minister added that the chambers of engineering, chemical and mineral industries, as well as the Chemical and Fertilisers Export Council recommended to continue imposing this export duty for another year.

Furthermore, Kabil explained that the study assured the stability of the volume of exported quantities of aluminium ore and scrap ranging between 3,834 and 4,703 tonnes during the past two years, while the exported copper volume declined from 373 to 353 tonnes.

Moreover, he added that the study stated that export duties limited the volume of exported paper waste to 37 tonnes compared to 279 in 2016.

On the other hand, Kabil said that the decision to continue imposing export duties on nitrogen fertilisers aims to establish a comprehensive system to provide Egyptian farmers with the quantities needed, to export the surplus quantities to foreign markets, to achieve balance in the market of fertilisers in Egypt, and to eliminate the black market.

According to data from the General Organisation for Export and Import Control, the past agricultural year witnessed a significant increase in the volume of exported nitrogen fertilisers to reach 3.6m tonnes until the end of October 2017 compared to 3.3m tonnes in 2016.

Finally, Kabil assured that permitting exporting the surplus quantities allowed the companies to increase production of nitrogen fertilisers, explaining that the produced quantity of nitrogen from the start of 2017 to October reached 6.8m (46.5% azot), which represents about 105% of the planned productivity for that period.