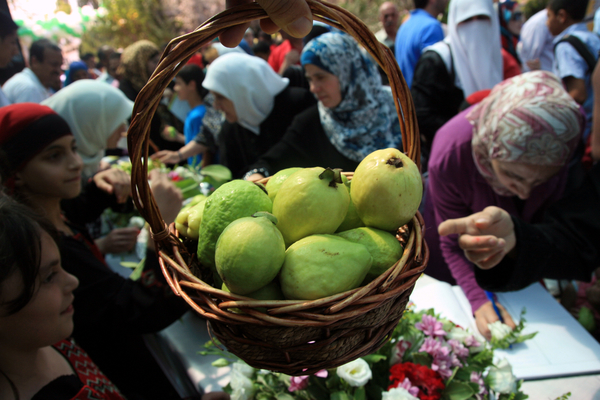 The Agriculture Export Council (AEC) is negotiating with two laboratories from Spain and Netherlands to examine samples of export-oriented crops. Abdel Hamid Al-Demerdash, chairperson of the AEC, said that the two offices had submitted proposals to the council and the council is currently studying them to sign the contract as soon as possible.

Al-Demerdash pointed out that the costs of examining crop samples at foreign labs range between EGP 1,400 and EGP 1,500 per sample.

He said that Saudi Arabia’s decision to ban guava exports from Egypt was “surprising”, stressing that the AEC has carried out all precautionary measures to ensure high quality of crop exports.

The Saudi authorities imposed two days ago a temporary ban on the import of fresh guava from Egypt, after they were allegedly detected to be contaminated with pesticide residues at a rate higher than the global limit. The AEC called on the Saudi quarantine authorities to visit Egypt and inspect the farming system and examination techniques of export shipments, Al-Demerdash added.

He pointed out that Saudi Arabia promised the council to lift the ban on strawberry and pepper exports; however, the ban is still effective. The AEC then offered to lift the ban for 30 days, Al-Demerdash revealed.

In December 2016, Saudi Arabia had imposed a temporary ban on the imports of all types of Egyptian peppers, after pepper shipments were detected to be contaminated with pesticide residue. Strawberry exports were also banned in June 2017 for the same reason.

Hamid Abdel Dayem, spokesperson for the Ministry of Agriculture, said that the Egyptian Department of Quarantine has not received any official reports or letters from Saudi Arabia about banning guava exports. Saudi Arabia received about 4,175 tonnes of guava in the period from 1 October to 24 December.

Saudi Arabia is the largest importer of guava and strawberry from Egypt, obtaining more than 9,000 tonnes of guava in the last season, and 6,500 tonnes of strawberry.