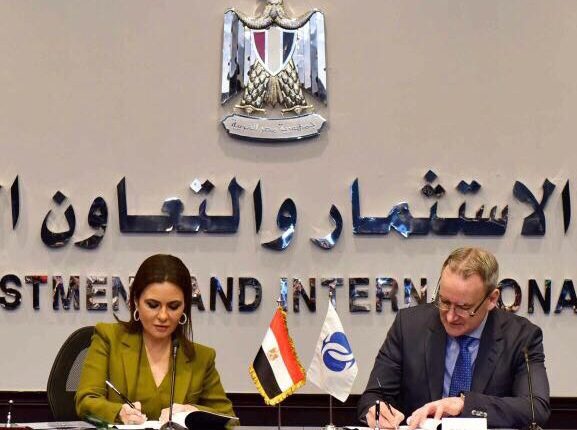 Minister of Investment and International Cooperation Sahar Nasr signed an investment agreement with Eric Rasmusen, director of the Natural Resources Department of the European Bank for Reconstruction and Development (EBRD), to support a $200m energy efficiency project of the Egyptian Natural Gas Holding Company (EGAS). The agreement was signed in the presence of Minister of Petroleum and Mineral Resources Tarek El Molla.

According to Nasr, the project aims to help EGAS improve energy efficiency in Egypt by implementing environmental investments. In addition to that, the project also aims to reduce operating costs, which will benefit the economics of production in the petroleum sector, as well as contribute to fulfilling commitments towards economic and social development plans. The cooperation would also reduce the quantities of fuel imported in foreign currency, which is urgent and necessary to increase the capacity and efficiency of operation for new gas discoveries.

Nasr stressed her ministry’s keenness to support investments in the oil sector, pointing to the continuous cooperation between both ministries to increase the volume of investment in such a vital sector.

Moreover, Rasmussen said, “we are very pleased to support Egypt’s strong drive towards a renewal and overhaul of its energy system. The development of the gas infrastructure plays an important role in this effort. The project we are signing today represents a major step forward and also demonstrates EBRD’s commitment to support Egypt and the country’s sustainable and successful development.”

Egypt is a founding member of the EBRD and has been receiving funding since 2012. EBRD has invested €3.2bn in 73 projects in Egypt.