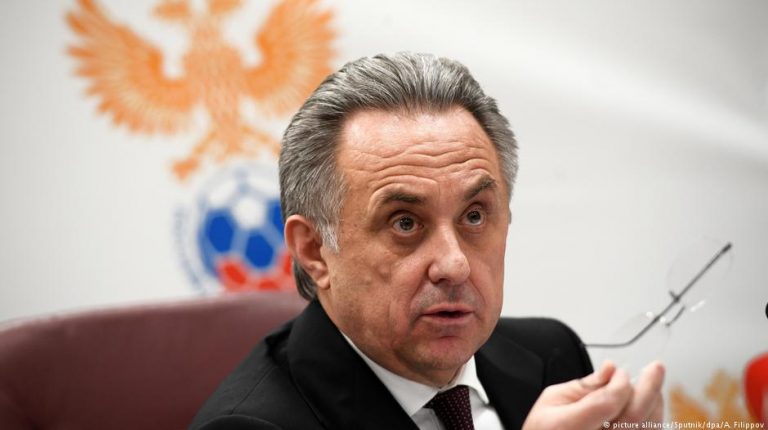 Mutko’s announcement comes two days after he said he would temporarily step down as president of the Russian Football Union in
an apparent move to deflect international criticism as Russia prepares for the World Cup.Russian Deputy Prime Minister Vitaly Mutko, who earlier this week stepped down as head of Russia’s football union, has also been replaced as head of the 2018 World Cup organizing committee, state news agency TASS reported Wednesday.

A deputy prime minister responsible for sports issues, Mutko has been implicated in international allegations that Russia engaged in a state-sponsored doping program to boost its performance, including at the 2014 Winter Olympics, which it hosted in Sochi.

Mutko, who was Russia’s sports minister during the 2014 Games, has adamantly denied the allegations. His temporary resignation as chairman of the Russian Football Union on Monday was widely seen a move to deflect controversy as Russia prepares to host the FIFA World Cup next year.

Mutko is being replaced on the World Cup organizing committee by high-ranking sports official Alexei Sorokin, Mutko said in comments carried by TASS, adding that he would still engage in coordination work as part of his duties in the prime minister’s cabinet.

“Sorokin will become the Local Organizing Committee’s chairman. He will cooperate with the International Federation of Football Associations (FIFA), while I will coordinate the work on behalf of the government,” Mutko said, according to TASS.

Dozens of Russian athletes have been banned from the upcoming Winter Olympics in Pyeongchang, South Korea, on charges that they have used performance-enhancing drugs.

Earlier this month the International Olympic Committee forbade Russia from sending a national team to the Games in February. Cleared Russian athletes would still be allowed to compete as individuals.

Russia will host the World Cup in 11 cities from June 14 to July 15. The country has been building or modernizing facilities in preparation with a budget of about 11 billion dollars.