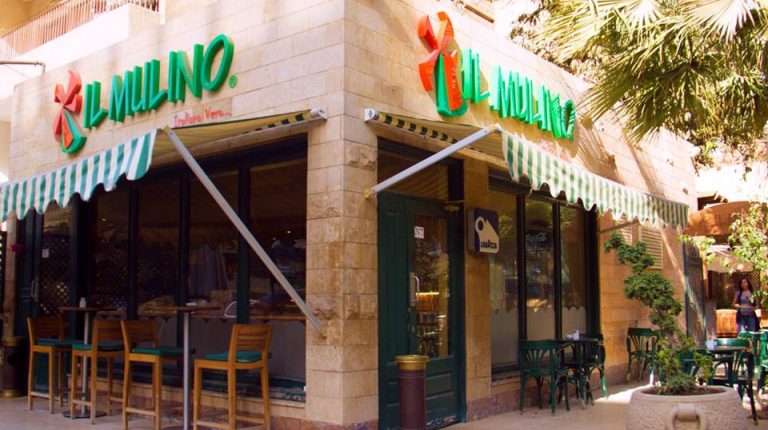 Located in the heart of Cairo’s affluent and leafy suburb of Maadi is a blissful destination, were heavenly aromas exist. As soon as you walk inside, the aromas and warm, welcoming atmosphere will instantly win you over. And that’s before you even try Il Mulino’s fantastic, wide-ranging Italian menu.

Opened in 2011, Il Mulino has been more than just a typical Italian restaurant; the place offers a variety of baked goods, pastries, and pizzas. The first you notice about the place is the beautifully intoxicating aromas of freshly baked goods and the equally mouthwatering aroma of their grill and pizzas.

The Daily News Egypt team asked for items from Il Mulino’s famous breakfast menu. As a starter, we ordered the omelette with Spinach and Goat Cheese served with lettuce salad, oven baked potatoes and brown toast. Eggs are cooked almost crepe-like and rolled up with some greens and cheese, which allows the spinach to keep its flavour while the goat cheese gets nice and warm and gooey.

We also ordered the cinnamon French toast, which does not really feel much like a usual French toast. While, it had a little bit of grease from frying and the taste of egg or batter, it was overshadowed by the cinnamon flavour. Still, there was a nice crispiness.

Yet, the pan-fried, warm cinnamon French toast makes for some pretty enjoyable eating as it was soft, pliable, and very easy to cut into. And the best thing about it was that it was neither mushy nor chewy.

Although it was a bit early for main course,  we wanted to try a pizza. It was hard to select which pizza to order because the restaurant has a lot of really interesting options, such as Rucola grison, napoletana,  diavola, and al salmone. In the end, we decided on the diavola because you can never go wrong with a pizza with salami on it.

The diavola consists of salami picante, oregano, spicy tomato sauce, and extra mozzarella cheese. For me, these are all some of my favourite pizza toppings, so I was pretty excited. I ordered a medium pizza because the medium is the smallest size available.

The pizza came out after a short 20 minute wait. It was huge and consisted of eight wide slices that were all shining with grease and cheese. We dug in. Immediately, the cheese stood out, which might seem strange because it is just cheese––almost every pizza has cheese. But this cheese was superior.

The cheese was quite stringy, but we kept it under control so all the salami would not fall off. The meat on the pizza was also good and ample. A lot of pizza places will cheat you on the amount of meat they put on the pizza, but that is definitely not the case at Il Mulino.

The last thing to note about any pizza is the crust. The crust was crisp and well-seasoned, and definitely worth eating every last bite. The general manager kept coming to our table to ask if everything turned out okay and if we needed anything else, which is always a highlight of new restaurants—they want everything to be perfect.

All of the plates were thoroughly cooked, something we loved. Prices for the breakfast items ranged from EGP 30-90. The pizza prices started at EGP 55 and went up to EGP 153, which is quite reasonable for the served portions.