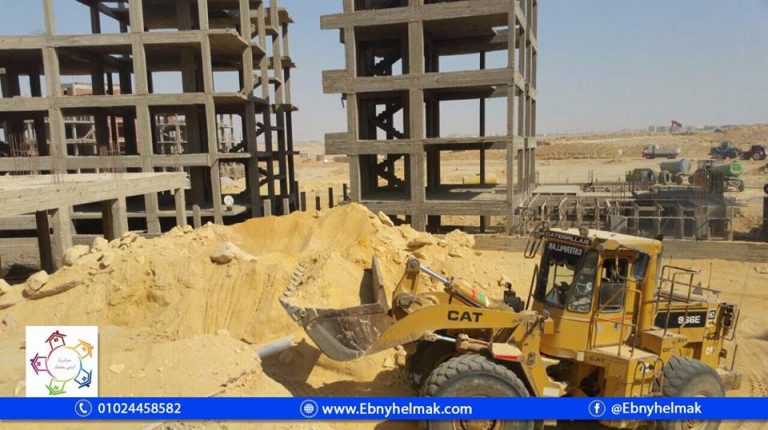 In the last two years, a number of initiatives have been launched that offer residential units at costs less than market prices by up to 50% in several new cities, including New Cairo and Sixth of October City.

The idea of the initiative is to assemble a group of customers corresponding to the number of units in the project. The value of the land and the cost of the construction are calculated in addition to a profit margin for the initiators and the total cost is divided by the price per sqm of the units.

The initiatives, which began on Facebook, are a platform for customers who are looking for low-price units or a higher profit margin by investing and selling their apartments after construction.

The idea was launched two years ago, as the market conditions in 2017 were suitable for the spread and emergence of new initiatives, especially after real estate developers doubled the prices of units on the back of the liberalisation of the Egyptian pound’s exchange rate and other economic measures.

The initiatives took the Owners Union as a suitable legal framework to carry out their activities and implement separate buildings. Some of them developed into real estate investment companies for this purpose and obtained a profit margin equivalent to 10% of the cost in exchange for managing and supervising the different phases of the project.

Ahmed El Gendy, founder of Ebni Helmak (build your dream) initiative, said that the idea came two years ago when he tried to buy an apartment in Fifth Settlement, New Cairo, “I was shocked by the prices of units and the profit margin in these units is double the cost and prices are exaggerated. We could build our units by less than half of the offered prices in the market,” he said.

El Gendy added that since then, he established a company to call persons who wish to buy units at reasonable prices to build the units themselves and to be owners of the land on which the project is constructed.

He explained that each person is required to make a down payment for purchasing the land first, then they pay installments without an interest rate based on a one-year or three-year plan according to the contract.

With regard to guarantees for the client’s money, El Gendy noted that the land of the project or the building is registered under the name of those clients, and that they can see all the developments in the project’s phases before paying installments.

Further, if someone stumbles in the payment of installments, the company covers this shortage and impose fines due to the delay. Meanwhile, if the client refuses to pay their dues, the company withdraws the unit from them.

“Within the initiative, we developed four projects in Gardenia Heights and in Al Andalus Districts in Fifth Settlement, New Cairo,” El Gendy pointed out. “There are two projects in each district, all of which consist of a ground floor and three other floors, with unit spaces ranging between 110 sqm to 270 sqm.”

Regarding the prices, he noted that unit prices start from EGP 3,100 per sqm for apartments and EGP 1,800 per sqm for two-storey duplexes within the Gardenia Heights project. Meanwhile, the price per sqm in Al Andalus apartments is EGP 3,800 and EGP 2,000 for duplexes.

Not only individual buildings but also developing a compound

“We have a very ambitious expansion plan. We will launch a mini-compound in Beit AlWatan District, New Cairo, that will include about 36 residential units, besides a garage, a gym, and a swimming pool,” El Gendy said. “Currently, we are preparing for participating in a big real estate exhibition in March to market our compound.”

The mini-compound project will be launched in mid-January, as there is expected to be a great boom for the initiative business, according to El Gendy.

He noted that his initiative-turned-company receives several demands to launch such initiatives in Upper Egypt, Shorouk City, Obour, and Mokattam, next to the frequent demand in Sixth of October, Sheikh Zayed, and the Fifth Settlement.

Emad Essa, founder of Ibniha (build it) initiative said that before the devaluation, he wanted to buy an apartment at a price of EGP 400,000. But following the devaluation, the same apartment was priced at EGP 700,000, which is such an exaggerated price and a big increase for only one year.

Essa noted that through studying the cost and the price of the land he found that the actual price of the unit does not exceed EGP 400,000 after the devaluation. Thus, he thought of assembling people who want to buy an apartment at cost price.

“We launched the initiative in late 2015, which we’re handling through my real estate company. Further, we developed seven projects in light of the initiative and we plan to launch the eighth project soon,” Essa added. “The projects are in Sixth of October City, Sheikh Zayed, and Hadayek October. We succeeded in launching a project in front of Porto October project of Porto Group in the Northen Expansion district of Sixth of October City at a price of EGP 3,400 per sqm, at the same time that Porto offers a sqm at EGP 28,000.”

The initiative plans to launch three new projects in the Fifth Settlement in 2018 in Beit AlWatan, Al Andalus, and Heliopolis. Unit spaces range between 110 sqm and 175 sqm, according to Essa. Clients have the option of deciding on the shape of the building facade and divide the interior apartment spaces according to their needs.

The company has delivered two projects in Sixth of October City at 200 sqm per unit. Furthermore, the company will deliver another project in September 2018 and another one by the end of 2018, in addition to a project that will be delivered in March 2019.

Within the initiatives, clients will save about 35% of unit price

He pointed out that, within the initiative, each client saves about 35% of the unit price compared to purchasing the unit from other real estate companies. Moreover, clients will have the advantage of knowing each other before building their units.

The initiative has become known, and therefore some unions, syndications, and agencies have agreed to add their buildings to the initiative so they can be offered to the public at cost.
“Two banks additionally agreed with us to offer their services of providing loans or real estate financing for projects implemented within the initiative,” Eissa noted.

We are in the process of studying launching another two projects in Shorouk and Heliopolis, Essa added. However, we are currently searching for land to launch a new project in the Delta region.

10% commission for managing the project

Basyouni Ahmed, founder of Motawer Aqary (real estate developer) noted that the idea started with launching a participatory construction initiative in 2017 to gather persons who want to own apartments at their cost in return for 5% to 10% commission in return for managing the development of the project from A to Z.

Ahmed added that the new offering by the state for housing projects and national projects created competition in the market between the real estate companies, which led to increased prices of property.

The prices made some people unable to buy appropriate units. Therefore, the initiative was greatly welcomed by the people, especially in the areas of Fifth Settlement, Shorouk, and Maadi, according to Ahmed.

“We developed three projects within the initiative, first in Shorouk, which will be delivered within two years, and the second and the third projects are in Fifth Settlement in Beit AlWatan and Gardenia Heights. The price per sqm is less than EGP 3,000. The project in Beit AlWatan will be delivered within two or three years, while the project in Gardenia Heights is up for immediate delivery. Compared to market price, we save people about EGP 1,700 per square metre,” said Ahmed.

He noted that the initiative is going to launch a new project in Maadi, in addition to offering a mall in Fifth Settlement through a shares system, explaining that 51% of mall shares will be owned by an investor, whereas 49% of the shares will be offered to clients.

Ahmed added that the units within the initiative’s projects are based on home automation and smart home technology. Besides, the projects are supplied with a system for cultivation without soil on roofs, gardens, and also wall. Moreover, the units will be finished at cost.

Clients expressed their admiration for the initiative on social media pages, demanding those initiatives to expand in other cities and regions, including Alexandria, Upper Egypt, Mokattam, and other areas.

Sabah Abdalla Ahmed, Ibniha initiative client, said that the project offered by this initiative deserves respect and is well-built at a high quality, noting “I chose to participate in building a unit at a cost that suits my capacity.”

Magdah El Adawy, a client, said that the idea deserves support as a person needs to save money throughout their life to buy an apartment, and that she thought of buying a unit through these initiatives.