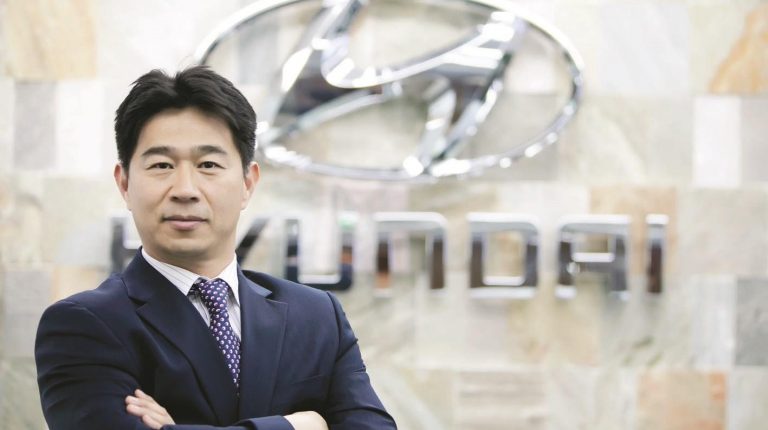 Autonomous cars—vehicles without human drivers—are expected to become a major trend in new driving techniques to be offered in car showrooms in 2018, according to a senior official at Hyundai Africa and Middle East.  Hyundai Director of Product and Operations Mike Sung said that autonomous driving techniques have already been added in Hyundai’s new models.

These new techniques are used to assist the driver rather than take full responsibility on their behalf, such as emergency braking, fixed speed system, and track adherence.

Sung said that 2018 will see the emergence of the second level of autonomous driving, which will allow full auto control of the car, including acceleration, braking, and guidance. However, human drivers are still required to be ready to take control of the whole process at any time, though the vehicle will be able to safely handle a wide range of situations without any human intervention.

Hyundai will offer the second level of autonomous cars in 2018, called “HDA2”, which aims to minimise driver interference. The HDA2 system will control the speed of the vehicle, as well as during road intersections, while drivers still have to turn on their signal to let other drivers know they are turning.

Hyundai’s HDA2 system will present most of the features provided in third level autonomous vehicles, which will allow drivers to shift their mental attention away from the driving process in limited cases.

Sung expects the next year to witness a shift to electric transmission systems in many markets within the region, stressing Hyundai’s strong commitment to using renewable energy in its cars.

In some markets, especially in Europe, electric cars have been gaining a growing share of market sales, according to Sung. He says that the Middle East and Africa markets are “still too slow to catch up to the global development in this area.”

“Electric cars became more desirable among customers, due to the important technical improvements added to them,” Sung said.

Shifting to electric cars has become a matter of time for most automakers, with a growing number of countries setting a final date for the sale of regular gasoline-powered vehicles in their markets.

Under its current strategy, Hyundai will expand its electric vehicles to 38 new models by 2025.

Hyundai has released its Tucson Fuel Cell Electric Vehicles (FCEV), to be the first company to introduce a fuel cell vehicle for commercial use.

On the other hand, the 2018 Hyundai Ioniq Plug-in Hybrid has an all-electric range of more than 29 miles. The Hyundai Ioniq is the first to offer three distinct electrified powertrains on a single, dedicated vehicle platform with the addition of the new plug-in hybrid variant for the 2018 model year.

Hyundai Ioniq is available in some markets in Africa and the Middle East.

“We are all moving towards applying a carbon-free system, but each market will make its own way to reach that goal,” Sung concluded.

Human development is the basis of any progress