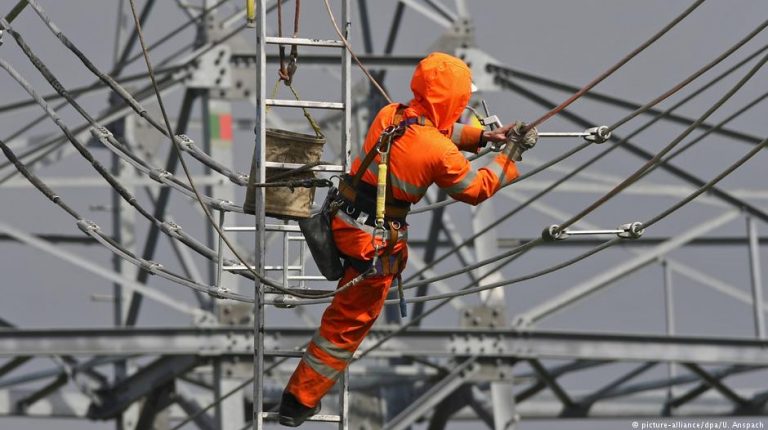 The number of people employed in Germany hit its highest-ever level in 2017. Europe’s biggest economy added jobs at a pace not seen in a decade, driven by a strong upswing in business activity.According to figures published by Germany’s federal statistics office Destatis, employment in the country rose by 1.5 percent to 44.3 million people in 2017.

In total, about 638,000 jobs were created last year, bringing employment in Europe’s largest economy to the highest level since the country’s reunification in 1990. It was the sharpest increase in the net number of new jobs added in a single year since 2007.

“Rising labor market participation and an influx of foreign workers balanced out a negative demographic impact on employment,” Destatis said in a statement.

Read more: Rich vs. poor: How fair and equal is Germany?

As the total number of those in work in Germany has been growing continuously for 12 years, more and more people are managing to get full-time, social insurance paying employment, while the numbers of self-employed and temporary workers is falling.

Overall, the German unemployment rate fell to 3.7 percent in 2017 — also the lowest since German reunification – as calculated by International Labor Organization (ILO) methods, which counts people who are in jobs-centre training programs as employed. Germany’s own, more conservative methodology doesn’t do that, and so estimates the unemployment rate at 5.7 percent.

Germany’s booming labor market is the result of robust growth in gross domestic product (GDP) enjoyed by the country for eight consecutive years. The strongest rise in employment was recorded in the public services sector, up by 214,000 jobs or 2 percent.

Business services added 146,000 jobs. The next largest increase was in retail and hospitality jobs, which grew by 111,000. Construction was also a jobs spinner, fueled by a building boom thanks to low interest rates and investors looking for returns.

As a result of record employment and rising real wages, domestic consumption and investment have been playing an increasing role in Germany’s GDP expansion. That said, the country’s exports have been growing too in total sales – even as the total volume of global trade among all countries has declined slightly in the past couple of years.

Germany’s economy is expected to rise by an above-trend 2.6 percent in 2018, according to the Munich-based Ifo economic institute, which expects the German jobs motor to continue humming along as well. It predicts employment to rise to 44.8 million this year and 45.2 million in 2019.