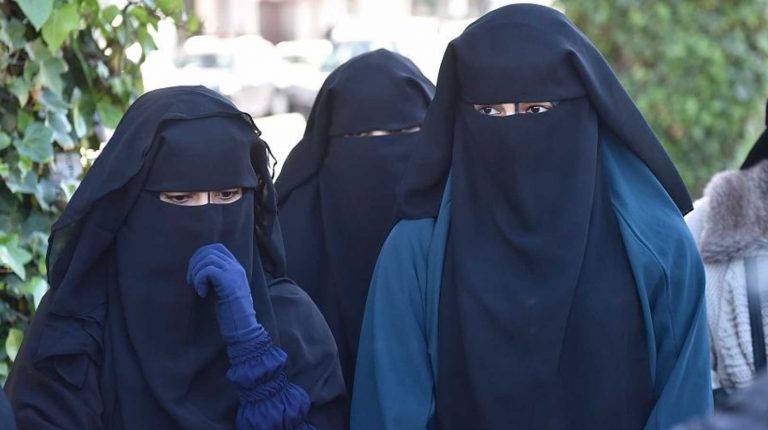 Although the American University in Cairo (AUC) has retracted a decision that included banning full face veils, the niqab, inside its campus premises, still the idea of niqabis’ presence in any public space remains a controversial and unresolved issue as long as it remains banned and unwelcomed in other places.

In mid-December, AUC declared a decision to ban female students, faculty members, and workers from wearing the niqab inside the university, justifying that the move was for security reasons.

The decision was overturned after the university administration met with some of those who are “affected” by the decision and discussed the issue with them. Also, students and workers expressed their rejection and voiced their concerns.

AUC has sent an email to all niqabi students informing them that they can enter the university wearing the face cover until the end of their education.

“We sent a message to niqabi students of the university, stressing allowing them to enter campus normally, without taking their niqab off, until they finish their education,” Rehab Saad, communications officer at AUC, said.

Only three students currently wear the face cover, Saad reportedly said, adding that the decision to lift the ban is not final and may be reversed at the beginning of next academic year.

However, many observers see adding restrictions to the life of full face-covered females could be categorised as discrimination and, in a way, is banning them from practising their social life freely like any person, but some believe that this is for the safety of society, as many crimes were committed by people wearing full face veils.

The idea of niqab will remain debatable, since, speaking in terms of social freedoms, everyone has the right to wear anything if they are not harming other people. Yet, at the same time, being fully covered is something that may not be accepted by all types of people due to hiding the identity of the person, which could make people feel afraid or be uncomfortable in the presence of a person whose face they cannot see.

Banning the niqab comes under two justifications whether it relates to the clothing choice distorting the general view of a person, or impacting the safety of a place, while sometimes the debate goes to arguments such as that niqab was not demanded in Islam.

“Putting common hatred looks aside, I was once going into a restaurant and the waiter told me that niqab is not allowed. I was surprised as the place doesn’t serve alcohol; it’s just a normal restaurant. My friends wrote several posts on their pages that went viral, until the restaurant responded. They actually compared niqab to dress codes that they don’t accept ‘like slippers and shorts’ which made it worse. That was really disrespectful to me,” said a 25-year-old niqabi woman, who requested to remain anonymous.

She added that a lot of people defend the discrimination towards niqab, arguing that they have all the right to ban it since it is not allowed in Al-Haram Mosque in Mecca, Saudi Arabia. They say that Prophet Muhammed (peace be upon him) said that a woman should not wear the niqab during Ihram (during the rites of performing Hajj or Umrah). She wanted to clarify that the niqab is the face cover rapped around the head, leaving the eyes uncovered. This is what a niqabi should not wear only during Ihram and that does not mean she should not cover her face. The quoted Hadith, or prophet’s saying, refuting the niqab’s use, was narrated by Sayeda Aisha, mentioning that when men would pass by them in Haram Mosque, the women would cover their faces with a light fabric from their heads to their necks.

The woman added that she totally understands the reasons behind what she called the “niqabophobia” we live in nowadays. Media gives people all kinds of stereotypes around niqab that would drive anyone who does not have any background about it to simply hate it. Banning niqab is an obvious type of discrimination and it cannot be seen in any other way, she said. Everyone has the right to do what they want as long as it does not affect anyone, and niqab does not affect anyone’s safety because, as women who wear it always clarify, they are fine with any security checks and would never refuse it, she added.

“It is a major double standard. I mean, as a niqabi, I accept everyone. I ask people to be open minded, to be the real meaning of that word which is accepting everyone, with all their differences. I just wish people would understand that we wear the niqab for a religious reason, and whether they are convinced of it or not, it should be respected,” she concluded.

On the other hand, a 28-year-old journalist told Daily News Egypt, “first, I am not entitled to discuss the religious aspect of niqab so I’ll leave that part out. Second, I am a strong supporter and defender of personal freedoms and minority rights. Nobody should face discrimination in society because of who they are, what they wear, or what they believe in.”

She continued, “in that sense, I would support people’s right to choose to wear the niqab. But I learned that my personal freedom ends where someone else’s starts and this is the concept on which societies are based. Here, I don’t think niqab remains a personal freedom anymore. Simply, I feel less secure dealing in public with somebody whose face is covered. I think it facilitates crime and I think it’s extremely anti-social. That doesn’t mean someone should be attacked because of wearing it but I think it should be banned in some places at least like universities. Or else we should all be allowed to walk around with masks, men and women.”

In 2016, Cairo University banned staff members from wearing the niqab, stirring controversy at the time. The university justified the decision by saying that niqab hinders direct communication with students.

Cairo University bans ‘religion identity’ in its application and papers

Can social media save girls’ lives?

Violations continue in second round of parliamentary elections