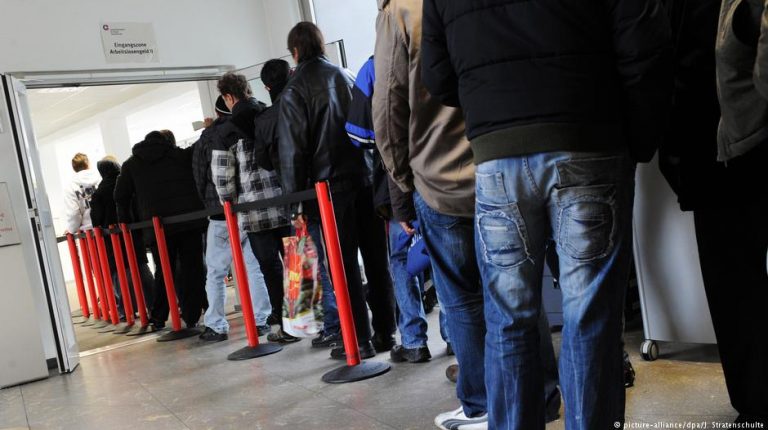 The number of jobless Germans rose slightly in December compared with the previous month. But on an annual basis there have never been more people employed in Europe’s biggest economy in the past 27 years.In December 2017, German jobless queues rose by 17,000 to 2.385 million, which was however 183,000 people fewer without work than in the same month a year ago.

The small monthly rise can be attributed to seasonal factors, the German Labor Agency (BA) said Wednesday, adding that the number of unemployed people had risen “less than usual” in the month of December.

As a result, unemployment in seasonally-adjusted terms fell for the sixth consecutive month, dropping by 29,000 to 2.442 million — the lowest level since German unification in 1990. The figure comes as a surprise to analysts who had predicted a fall by only about 13,000 in a poll conducted by dpa-AFX.

Jörg Zeuner, chief economist for German lender KfW said there were “no signs that the dynamic growth of the German economy will stop abruptly.”

“So we expect new employment records for 2018 and a further tangible increase in real wages,” he wrote in a research note following Wednesday’s data.

The news comes as Germany’s statistics agency confirmed the country experienced a jobs boom in 2017, causing the overall employment figure to rise to a post-unification record of 44.3 million employees. The nation’s jobless rate fell from 6.1 percent in 2016 to 5.7 percent last year.

The Ifo economic institute expects the rosy picture to endure, with employment levels hitting 44.8 million this year and 45.2 million next year.

The Labor Agency said there were 761,000 job vacancies in December, suggesting companies are struggling to find appropriately skilled workers quickly.

But that offers scant comfort for those whom the economic upswing is leaving behind. The number of Germany’s long-term unemployed has remained broadly unchanged over the past ten years at around one million.