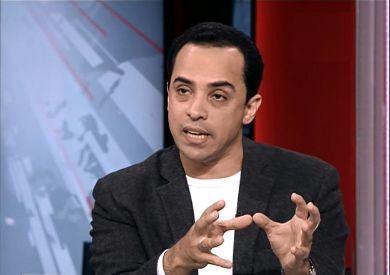 Any leader with a vision to achieve certain objectives should have a strict, clear plan, to be applied firmly, for a better future. He should also avoid the extreme centralisation of decision-making that hinders even simple decisions from going into effect, because everyone waits for the leader to make the decision, even if it was simple.

If a leader wants to achieve their goals as soon as possible, with the lack of required capabilities in many vital areas, he should overcome the difficult challenges with creative ideas that save money and time. Such ideas often come after spreading a spirit of determination among distinguished people as “necessity is the mother of invention”.

Sometimes when a leader sets development programmes and plans to implement a vision, in cooperation with national specialists, they should be accompanied by a plan for creating hope to assure people that we can achieve these goals, God willing. Certainly, these plans should vary between short-, medium-, and long-term ones with some flexibility to modify them at any time to keep pace with future developments.

We should focus on the development of the Egyptian people to achieve our goals because there are large and many challenges facing our nation, which require a developed human being capable of competing with other countries. The Egyptian people basically need proper education, health, and housing services. It is necessary to launch a national project to develop government hospitals.

For example, we can focus on developing one government hospital in each governorate by funds granted by companies and factories operating in the region. This plan should be applied in accordance with the law, as it is the case in many countries. Some states oblige companies and factories operating on their territories to allocate part of their profits for societal development, in accordance with laws.

When putting development programmes and plans, the priority should be providing Egyptian humans with moralsm proper health servicesm and education, as well as deepening the rule of law without exception. Hence, we can say that we have a plan to create and spread hope.

It should be noted that hope can be a double-edged sword. Spreading hope without clear vision, strong plans, and programmes would result in frustration that will destroy everything, God forbid. There are many successful models of countries that managed to flourish after destruction, such as Germany, Japan, China, and other countries. They focused primarily on the development of human beings and deepening ethics as a basis for construction, as societies collapse when their ethics and morals collapse. (The survival of a nation depends on morals).

After World War II, the Germans used to stand in long queues to receive food aid. When a man tried to skip the queue, a German woman rebuked him and said, “get back to your place, we may have lost the war but we have not lost our morals yet.”

In conclusion, we need hope accompanied by plans and development programmes to achieve our goals and overcome challenges.