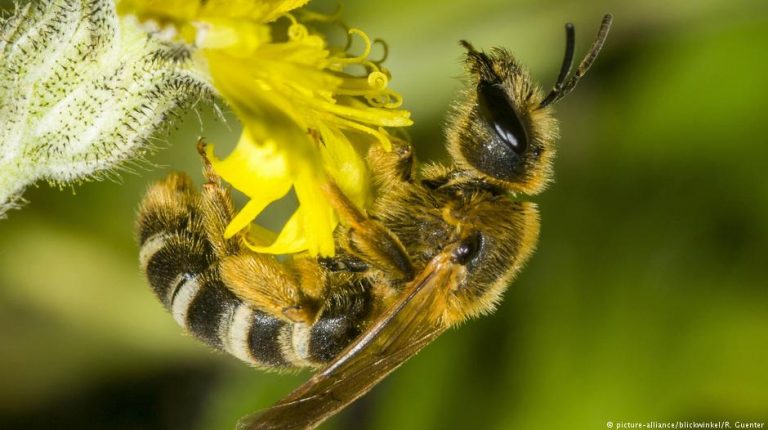 Dan Brown, Ken Follett and Daniel Kehlmann’s books predictably became top best-sellers this year but were beaten by Norwegian author Maja Lunde’s first novel for adults.Originally published in Norwegian in 2015 under the title “Bienes historie,” the German version of “The History of Bees” — “Die Geschichte der Bienen” — sold 350,000 copies in 2017, according to a ranking established by Media Control for the weekly Börsenblatt des Deutschen Buchhandels published on Wednesday.

Maja Lunde’s first novel for adults is a climate-fiction imagining a world without bees. The book follows three beekeepers, one from the past, another from the present and a last one from the future, thereby dealing with an urgent, global crisis.

The author from Oslo has otherwise written eight books for children and young adults and scripts for Norwegian television and films.

Her novel is closely followed by Dan Brown’s “Origin.” The thriller was however only published in October, while Lunde’s novel came out in March.

International best-selling author John Strelecky came in third with the German version of his first inspirational book, “The Why Cafe,” which was published as “Das Café am Rande der Welt” in 2007. Ever since the release of the sequel of the “Why Cafe” in 2015, Strelecky’s first work has remained a top best-seller in Germany.

If considering works of fiction only, Maja Lunde and Dan Brown are followed by Daniel Kehlmann’s novel “Tyll,” which is set during the Thirty Years’ War. It hasn’t been published in English yet, but rights have been acquired by Knopf (Pantheon).

Kehlmann’s 2006 work “Die Vermessung der Welt” (translated as “Measuring the World”) is the best-selling German-language book since Patrick Süskind’s “Perfume” was published in 1985.

Elena Ferrante comes in fourth with “Meine geniale Freundin” (“My Brilliant Friend”). Two other books from her Neapolitan saga made in into the Top 25 compiled by Media Control.

Ken Follett’s novel “A Column of Fire,” published in German under the title “Das Fundament der Ewigkeit,” has reached the fifth spot.

The over 1,100-page-long doorstopper covering the battle between Protestants and Catholics in 16th century Europe sold extremely well considering its rather steep price of €36 ($43).

Topics: The History of Bees