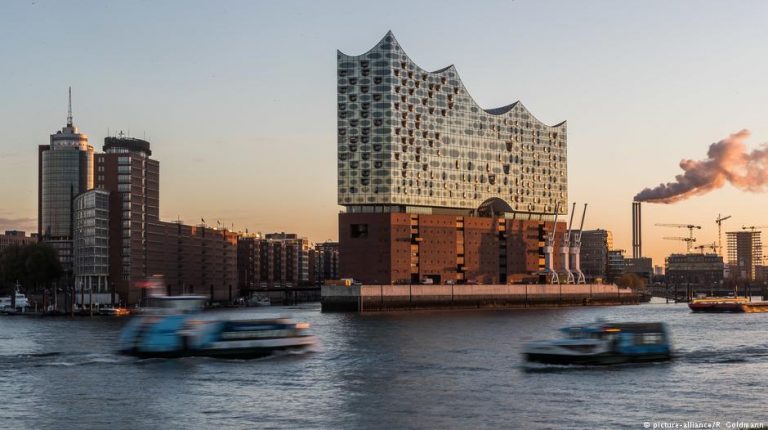 People around the world are realizing how hip the Hanseatic city on the River Elbe is. It ranks high on numerous lists, as a lively metropolis by day and a great place to party at night.The people of Hamburg can be proud. The New York Times has written that “Hamburg may still be off the radar, but that is also what makes it a blank slate, a surprise gem, waiting to be explored.” Of course the Elbphilharmonie concert hall, which opened in January 2017, also earns praise in the article.

But that’s not the only thing that is fueling a veritable Hamburg boom, leaving even Berlin behind. Hamburg is topping numerous ranking lists, and not just thanks to the Elbphilharmonie.

The 4th ‘Top City’ according to Lonely Planet

In October, the travel guide Lonely Planet published its “Best in Travel 2018” lists, which rank the hottest must-visit travel destinations. Hamburg came in fourth place in its “Top Cities” ranking. The Spanish city of Seville topped the list.

Lonely Planet said Hamburg offered many surprises: beach bars along the Elbe that are closed only in winter, some of the best nightlife in Europe, and many charming low-rise buildings. It praised the Elbphilharmonie’s roof, which it said shimmered like a crystal sail.

The place to party

Which city is rated the best place in the world for a night out? Hamburg! In November the online portal Hostelworld, which is used mainly by backpackers, came to that conclusion. It surveyed local residents from 41 cities in 27 countries. According to five criteria, Hamburg ultimately edged out Copenhagen and Berlin.

The portal praised the nightlife around the Reeperbahn in the St. Pauli district, as well as the locals’ friendliness and the public transport system. And it said visitors could feel very safe in the city on the Elbe. After asking 4,100 people, Hostelworld concluded that Hamburg “is the place to be for party people.”

Every year a survey by the British magazine The Economist looks at which cities around the world have the best standard of living. In 2017, Hamburg was the only German city to make the top 10. The Australian city of Melbourne held onto first place for the seventh year in a row. Frankfurt came 21st, followed closely by Berlin (23rd).

For the liveability index, various factors in 140 cities are compared, among them health care, the arts and infrastructure. The extent of the perceived threat of terrorism is also considered.

Hamburg’s boom in different rankings is already reflected in the city’s official tourist numbers: between the beginning of January and the end of June in 2017, 6.5 million overnight stays were recorded, an increase of five percent compared to the first six months of 2016. Hamburg Tourismus GmbH, which markets the city as a travel destination, aims to reach 14 million overnight stays for 2017.