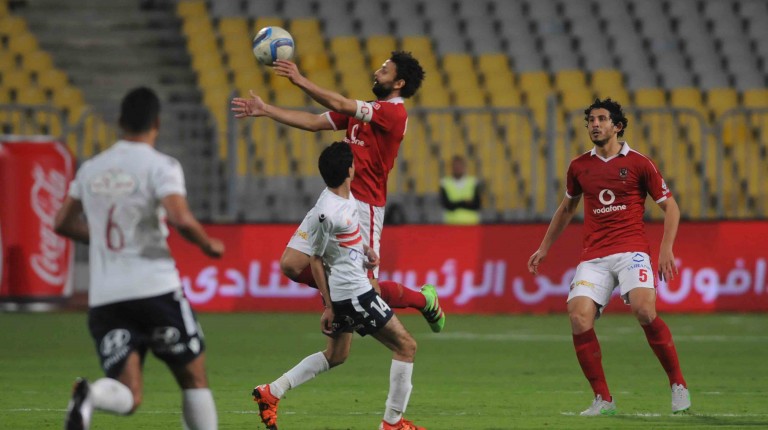 Al-Ahly will enter the Cairo Derby on Monday with eight points clear of their rivals Zamalek, at the second place of the Egyptian Premier League table.

Egypt’s 115 Classico comes in the league’s 14th round while Zamalek suffers a decline in performance and poor results, occupying the fourth place with 28 points.

Al-Ahly had the upper hand in its matches against Zamalek in the last 10 years, losing no game to Zamalek in the league since 21 May 2007. However, Zamalek managed to beat Al-Ahly in the Egyptian Cup finals in 2015 and 2012, and the Egyptian Super Cup in February 2017.

Al-Ahly swept Zamalek in their last five league matches, with four wins and one draw.

Zamalek played 16 games so far in the current league, with eight wins, four losses, and four draws. They scored 21 goals and conceded 13 goals. These negative results led to the dismissal of Montenegrin coach Nebojsa.

Meanwhile, Al-Ahly played 15 games so far, with 11 wins, three draws, and one loss.