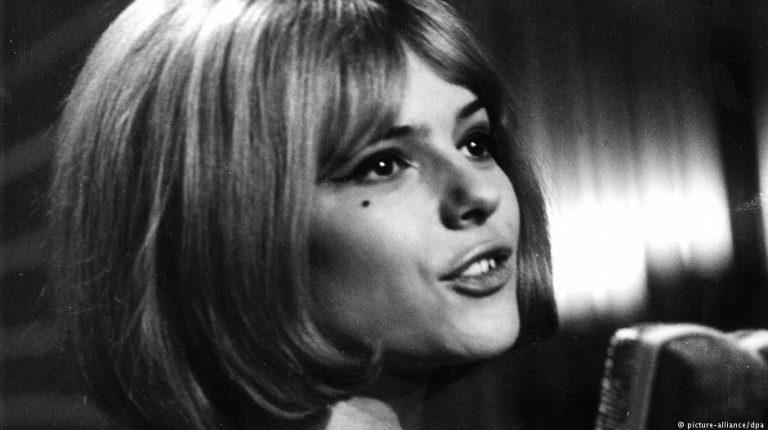 France Gall, who achieved international fame when she won the Eurovision song contest in 1965, has died at the age of 70. She was particularly successful in Germany.The French singer France Gall died in Paris Sunday after a bout with cancer — she was 70.

Gall’s international breakthrough came in 1965 (top photo) when she won the Eurovision Song Contest representing Luxembourg with a song by Serge Gainsburg, “Poupée de cire, poupée de son (“Wax Doll, Rag Doll”). The single sold 16,000 copies in France the day after her win, and had sold more than half a million copies within four months.

Her 1987 song, “Ella, elle l’a” (Ella, She Has It), a tribute to jazz singer Ella Fitzgerald written by her husband Michel Berger, also became a number one hit in Germany, where she achieved considerable success in the sixties and early seventies.

After her husband Michel Berger died in 1992, Gall began to withdraw from public life, giving very few concerts. A year later she was diagnosed with breast cancer. Four years later, in 1997, her daughter Pauline died of cystic fibrosis. After that, Gall’s withdrawal from public view was virtually complete.

But in 2015 she reappeared with the musical “Résiste.”

For German rocker and humanitarian Wolfgang Niedecken ‘authenticity is the key’