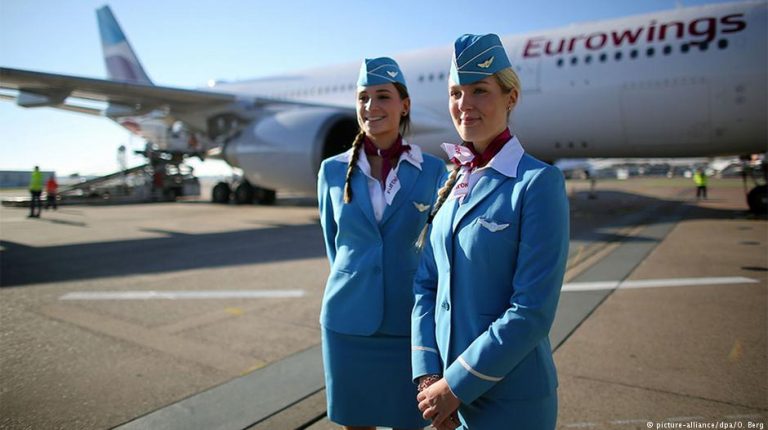 Germany’s flag carrier is expanding rapidly after taking over a large part of the fleet of insolvent rival Air Berlin. The hiring spree will boost payrolls at both Lufthansa itself and its low-cost subsidiary Eurowings.German airline group Lufthansa said Monday it planned to hire about 8,000 people in 2018, with more than half of the new employees being flight attendants.

Some 2,500 of the new hires would go to Lufthansa proper, while 2,700 would be taking up jobs at Eurowings, Germany’s biggest airline said.

Taking into account workers leaving the company, a Lufthansa spokesman told AFP that the net effect of the hiring effort would be “several thousand” new jobs — an increase on the roughly 3,000 who started work last year.

Easyjet last week launched Germany flights for the first time, seeking to profit from the bankruptcy of Air Berlin, which was once the country’s second-largest airline. The British carrier had purchased 25 Air Berlin planes stationed at Berlin’s Tegel Airport, along with the take-off and landing rights in mid-December, after Air Berlin filed for insolvency in August.

In December, Lufthansa received the approval of EU regulators to buy up a large chunk of bankrupt competitor Air Berlin, including 33 leased planes and prized landing slots at busy German airports.

But it had to offer concessions to allay the top EU competition authority’s concerns, giving up plans to buy Air Berlin’s Austrian subsidiary Niki.