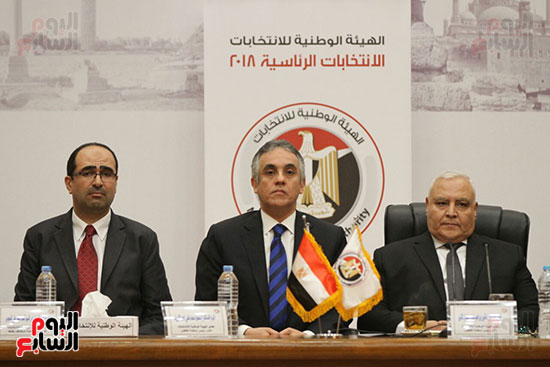 Egypt’s National Electoral Commission (NEC) announced that 2018 presidential elections would begin abroad on 16 March, 26 March for Egypt, during a press conference on Monday.

Elections inside Egypt will take place along three days, starting from 16 to 18 March, and will continue inside Egypt on 26 to 28, and the result will be announced on 2 April.

Runoff could take place if no candidate secures more than 50% of the vote.

The commission will receive application between 20 and 29 January and the list will be published in state-run Al-Ahram and Al-Akhbar newspapers by the end of January.

Recently, several statements circulated by media outlets said that the elections will take place in May 2018.

The last presidential elections were held in May 2014 when President Abdel-Fattah Al-Sisi won through a staggering 96% against Head of the Egyptian Popular Current Hamdeen Sabahi.

Al-Sisi has not yet announced whether or not he would run for another term. Human Rights lawyer Khaled Ali was the only likely candidate after Ahmed Shafiq, the former prime minister who renounced his plans for election.

Several campaigns held by some members of parliament and supporters of the sitting president have been mobilising to collect signatures to demand him to run for the upcoming presidential election in 2018 for a second term, to continue “building the country and facing the challenges.” The campaigns have so far been free to mobilise and organise rallies, conferences, and visits to governmental and private institutions.