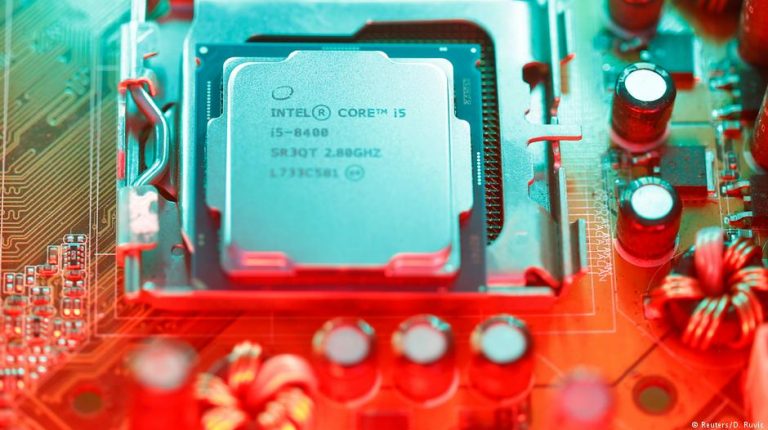 At the CES gadget show in Las Vegas, Intel’s chief executive has promised the final fixes for the discovered chip design flaws by the end of January. But that’s only for chips made over the past five years.In a keynote speech at the CES in Las Vegas, Intel CEO Brian Krzanich highlighted his company’s plans to steer toward new business in self-driving cars and virtual reality.

But the chief executive certainly knew that his audience first and foremost wanted to know how the firm was pulling out of a skid caused by serious security flaws in its processor chips.

Following the disclosure of the flaws by security experts last week, some pundits had argued that the shortcomings reflected a fundamental hardware defect that could only be fixed by replacing the chips in question.

But Intel’s Brian Krzanich once again pushed back against that idea, arguing that the problems could be sufficiently mitigated by software and firmware updates.

What about older chips?

Krzanich promised fixes within a week to 90 percent of the processors Intel had made over the past five years. He added that updates for the remaining 10 percent “should follow by the end of January.” The CEO did not address the company’s plans for chips older than five years.

Krzanich said that to date Intel had seen no sign that anyone had stolen data by exploiting the two vulnerabilities known as Meltdown and Spectre.

While Meltdown is believed to primarily affect processors built by Intel, Spectre also affects many of the company’s rivals.

Both bugs could potentially be exploited through what’s known as a side-channel attack that could extract passwords and other sensitive data from the chip’s memory.