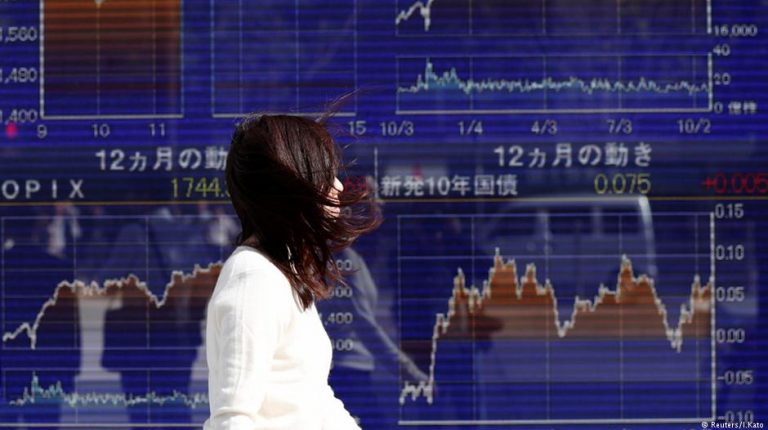 Tokyo’s benchmark stock market index closed at its highest level since 1991 amid strong global growth and contained inflation. Traders were also hoping for the easing of tensions on the Korean peninsula.The Nikkei closed at its highest level since November 1991 on Tuesday. The bellwether index added 0.57 percent to end at 23,849.99 points while the broader Topix was up 0.48 percent.

Japanese markets were playing catch-up after being closed Monday for a public holiday.

Investors were also in a good mood over an apparent easing of tensions on the Korean peninsula, with the first talks between North and South Korea in more than two years providing a ray of hope to many.

But while markets in the region continue to push even higher, there are worries the advances this week could be petering out; and there are also warnings of a sharp correction on the horizon.