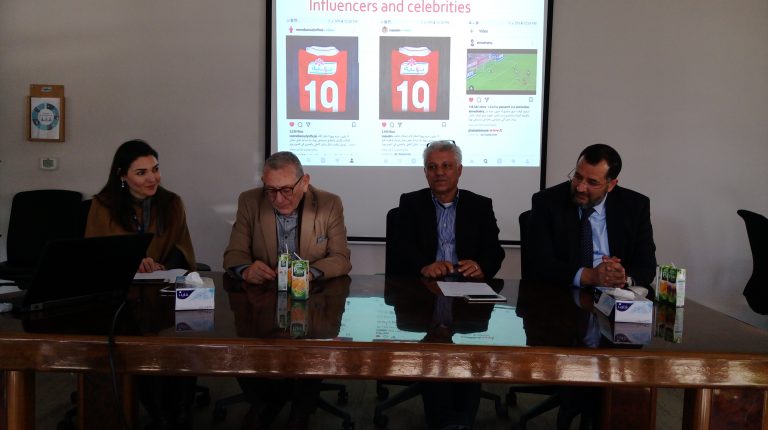 As Juhayna had announced, donations collected for Baheya Hospital in the framework of Juhayna campaign launched earlier this year to support the hospital, which is only one dedicated for the early detection and treatment of breast cancer, reached EGP10m, after only five days only of launching the campaign.

Juhayna’s campaign had aimed to collect EGP19m for the benefit of the hospital ahead of the Egyptian derby match between Al-Ahly and Al-Masri clubs, that will be played on 12 January in the United Arab Emirates.

Meanwhile, Juhayna announced in a video that in case of the collecting EGP19m before the derby match, Juhayna will add Baheya’s logo to Al-Ahly team T-shirts, instead of Juhayna’s logo, during this match.

The camping began under an Arabic hashtag meaning that Juhayna has your back Baheya.

For her part, Passant Fouad, head of external relations at Juhayna, said that the campaign targeted the use of sports and the popularity of Al-Ahly club to attract local and regional attention to this important issue, which requires the combined efforts of all sectors and members of the community, in order to end the waiting list of about 5000 women, who need free treatment from breast cancer.

In the same context, Adly Al-Qei, spokesperson of Al-Ahly Club, stressed that sports, especially football, is an important tool to promote community issues, because of its wide and large audience.

On the other hand, Mohamed Emara, general director of Baheya Hospital said that Baheya provided more than 100, 000 different treatment services, from early detection to treatment, within two and a half years, explaining that all these treatment services were completely free of charge.
Juhayna is the official sponsor of Baheya Hospital for early detection and treatment of breast cancer, since its establishment in 2015. The company has also sponsored Al-Ahly club for the last 19 years.