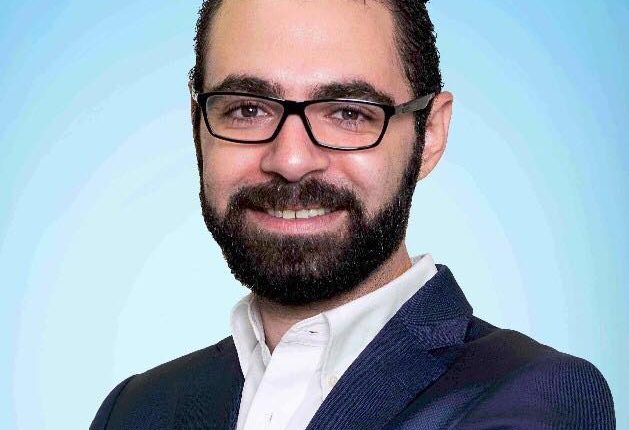 Nokia is ready to compete in the mobile phone market again, prepared with smart devices using Android operating system, which its abandonment caused the disappearance of the brand from the market over the past years.

According to Moataz Orabi, marketing director of HMD in Egypt, owner of the Nokia brand, the company aims to be among the top three brands selling smart phones in Egypt in 2018.

The Mobile market changed from the past period, how do you see these changes after a long period of absence?

Certainly, the mobile phone market has changed a lot over the last few years, so we have relied on our new phones to provide them with modern technology. All of our smart phones are running Android free of bloatware without any additions or modifications, which is the most missing customers and the public phone in the past period.

Do you think that not using the Android operating system was the only problem in Nokia phones?

We are not talking about problems, but I am trying to review our strategy in some of the basic specifications that will be present in our smart phones during the last period.

Despite this absence, the Nokia logo still has the ability and intimacy of our customers. Some of the launched products of the first phone, affected the market positively and were accepted and loved bythe public and interact with them, so the year 2017 was a step in the way of Nokia’s return to the market was a good step.

There are many strong competitors in the Egyptian market, How do you see Nokia’s chance in the competition after returning to Egypt again?

We have so many different modes with different prices that would suite all, but generally we understand what distinguishes our products from other competitors is the operating system “Android”

The android which is being used by other brands is without any additions or adjustments to the rest of the manufacturers of smart phones to add some modifications, which does not give the consumer the performance required.

And the Android we use does not have any redundant applications, which gives the consumer a better and faster performance for his phone. Moreover, our devices are fully secure for user data.

Many customers fear Android because it is an open-source algorithm, and we are the only company in the world to launch monthly updates to security applications in our operating system, giving the consumer a strong and secure performance.

In addition, we are distinguished by our agreement with Google to get the latest Android applications immediately before the competitors. For example, all of our phones currently support the update of the operating system to Android Oryo.

Our phones are as strong as they were in the past, and battery power is one of the most important features of Nokia phones in the past.

What is your impression on the Egyptian consumer?

The Egyptian consumer is smart and knows his needs very well. He knows the latest technologies, and the different manufacturers know the Egyptian market and the advantages of each. Therefore, we put the Egyptian consumer at the top of our list of priorities during the coming period. Our strategy is to launch phones that meet consumer needs.

In each price category, we have a phone with all the technical needs of this price category as well as a competitive prices. For example, we recently launched in Egypt a Nokia phone with a strong battery that can last for two days with a capacity of 4000 mA, and its price is competitive compared to other companies.

For those who are interested in filming with mobile, we launched for them last December the Nokia 8 camera with the cooperation of one of the largest companies developed for the lenses of cameras, all of these features of our devices meet the wishes of customers of each price category.

Do you see difficulties in the Egyptian market now?

Absolutely, we are optimistic about the Egyptian market, but there is a major challenge in the Egyptian market, which is a large number of brands in the smart phone industry, but this also gives the market an advantage where it allows the consumer to identify different technologies and companies, making our opportunities better because of the strength of our products and their competitive price.

What are your powerful phones that is expected to perform well in the market in 2018?

We have a partnership with Telecom Egypt to launch the phone through it, adding another advantage is that any customer buys this phone gets 10 times its charge for 10 months, which is so far Strongly leading the market and achieving greater results than our expectations.

At one point you were the number one in Egypt before your brand disappeared from the market .. What center to target in 2018 after your return to the Egyptian market?

In 2018, HMD aims to be Nokia’s brand among the top three mobile brands in Egypt.

How will you be among the top three leading companies in 2018 despite the long period of absence from the market?

We start in 2018 with the presence of five smart phones in the Egyptian market and represent the various target price groups starting from EGP 1750 to EGP 10,000.
The company owns the Nokia brand as a top priority. Our main goal is to meet consumer desires and provide high-tech products to meet all price segments, which will support us in occupying advanced positions in the mobile market.

There is fierce competition between companies on the merchants through banners, how do you deal with it?

We cooperate with Raya as our authorized distributor. We also have programs to cooperate with chain stores, as well as with traditional traders who own small shops. Just as we care about the customer’s satisfaction, we are also interested in the satisfaction of traders and understanding of our partners in this market. During 2018 we will introduce a number of new incentive programs for traders.

What about your deployment plans in 2018?

Since 2017 we are working on spreading in various governorates of Egypt, we are located in Cairo, Alexandria, Delta, Upper Egypt, and Canal cities through our partnership with Raya.

What are your plans for developing after sales services?

We offer after-sale services in cooperation with Raya exclusively during the current period. The branch of Raya can be obtained through the after-sales service of Nokia phones.

There is a trend during the current period for the collection of smart phones in Egypt .. Do you have plans in this direction?

There are companies that have started plans to manufacture in the Egyptian market. In the coming period, we will wait to see what these products are and how customers will accept them.

From your experience, does Egypt have the ability to manufacture locally?
Why not? We can do that even with simple local participation rates that increase over time.

The order of the Egyptian market for Nokia in the Middle East
It is currently a major concern of the parent company, Egypt is one of the major countries we focus on because of the population and the growth opportunities there.

After the liberalization of the exchange rate, the prices of mobile phones increased the demand for installment. Do you have to form partnerships to facilitate installment procedures?

We offer offers with Raya and B.Tech for our products in installments, and in 2018 we will make the same offers again to facilitate the purchase of our products at the lowest prices, while giving Nokia additional features such as longer repayment period or lower interest rate.

Have you been able to educate consumers in Egypt about Nokia ?

Statistics show that 98% of the brand’s consumer knowledge is answered, and in the coming period we will set up new advertising campaigns for our return

Do you have plans to revive old models again?

We launched the Nokia 3310 in a modern way and achieved strong results and brought the Nokia brand back to mind, so far we do not have a clear decision to introduce another phone from old phones.