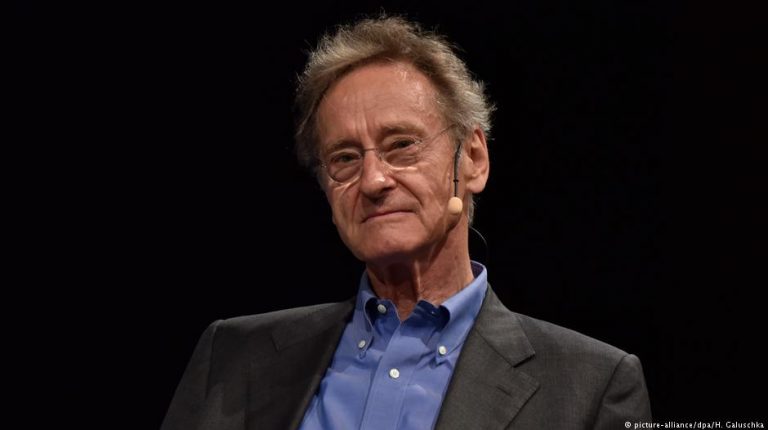 German author Bernhard Schlink is best known for his international bestseller “The Reader.” His new novel, “Olga,” touches on Germany’s history throughout the 20th century.Bernhard Schlink’s novel “The Reader” conquered the literary world 22 years ago. Rarely had a German author been as successful on the international stage. “The Reader” was translated into almost 50 languages and made it to the very top of the New York Times bestseller list — a first for a novel by a German writer. Oprah Winfrey featured the novel in her book club.

In 2008, the novel was adapted to film, a huge success starring Kate Winslet and David Kross. Winslet won a Golden Globe and an Oscar for her portrayal of the former concentration camp guard Hanna Schmitz.

From Germany to the Arctic

In a way, Schlink’s new novel, “Olga,” is reminiscent of “The Reader” in that it echoes the constellation of a younger man and an older woman and their approach to German history and the past.

Olga, the protagonist of the new book, is an orphan raised by her grandmother at the start of the 20th century in a Silesian village. She — a school teacher who combats the prejudices of her time — and Herbert, a local aristocrat, fall in love against all the odds, which include Herbert’s many voyages to Africa, America and Russia, hot on the heels of the era’s dreams of power, glory and greatness. In her thoughts and letters, Olga stays close to Herbert throughout her life.

Read more: Bestsellers that almost didn’t make it to the bookstores

A novel that spans a century

What sounds like a complex, complicated story is a surprisingly easy read. It skirts various eras in Germany’s past — years of peace and years of war.

The author chose not to write a history-laden epic with a host of intricately involved characters; instead, he offers up a condensed version of that century’s ideologies from a German point of view that is evident for the most part in the conversations between the young male narrator and the older woman.

In quite a few touching passages, Bernhard Schlink gives the reader an idea of how people in Germany might have felt during those decades, caught between peace and war, the past and the present.

The female protagonist in “The Reader,” Hanna Schmitz was illiterate. A much younger man fell in love with her, and began to read to her regularly. Schlink uses these reading sessions to give the reader an insight into the protagonists’ thoughts.

In “Olga,” the title character loses her hearing early on in the novel, and again a younger man enters the scene. Here, too, 73-year-old Schlink uses the encounter of two very different characters in the novel as a literary bridge to the reader.