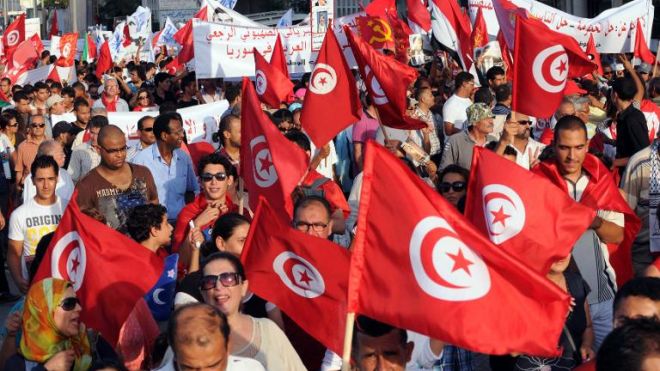 Tunisian police arrested another 150 people, including some local opposition leaders on Friday, as protests against price and tax rises continue to grow in intensity and numbers.

The latest arrests bring the total number of people detained to nearly 800, raising concerns that people are being arrested arbitrarily, according to several human rights organisations.

“The protests have declined and there was no damage, but last night the police arrested 150 people involved in rioting during the past few days, bringing the total number of detainees to 778,” Interior Ministry spokesperson Khelifa Chibani told media outlet Deutsch Welle.

Sixteen “Islamist extremists” were among those arrested, he said.

Clashes earlier in the week were more violent. Dozens of government buildings were set alight and at least one protester was killed, prompting the government to deploy the army to several cities and towns.

The United Nations has called on the government to refrain from arresting people arbitrarily.

The protests began Monday, ahead of the seven-year anniversary of the Arab Spring, the pro-democracy uprising that began in Tunisia on 14 January 2011 which then began a wave of anti-government protests in several Arab countries.

Waving yellow cards, protesters marched toward administrative offices in the capital Tunis on Friday, demanding the government reverse austerity measures implemented at the start of the year.

“Tunisian security forces must refrain from using excessive force, and end their use of intimidation tactics against peaceful demonstrators,” Amnesty said.