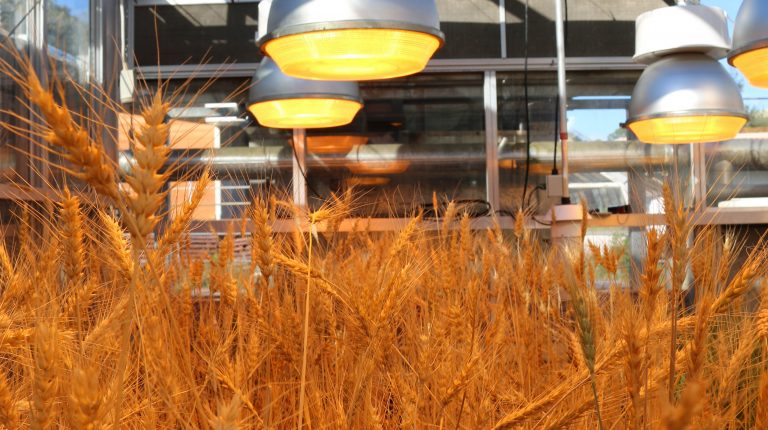 A pioneering new technology is set to accelerate the global quest for crop improvement in a development which echoes the Green Revolution of the post war period. According to a paper published in the Nature Plants journal recently, the new method “speed breeding” achieved wheat generation from seed to seed in just eight weeks.

It typically takes 15 to 20 years to breed a new superior crop variety. One of the bottlenecks in traditional breeding is the number of generations that can be cycled through in a year. One of the cornerstones of the Green Revolution in wheat in the 1950s and 60s was the introduction of shuttle breeding, which allowed breeders to grow two generations of wheat in a year, lead author of the study Brande Wulff of the John Innes Centre, Norwich, explains.

Wulff told Daily News Egypt that with speed breeding, we can now achieve up to six generations of wheat in a year, and breeders will therefore be able to more rapidly cross a certain trait of interest into a high yielding elite cultivar. He added that many disease-resistant genes can be found in wild relatives of our domesticated crop plants. “You would starve to death if you depended on wild wheats for your daily bread! And crossing a disease resistant gene from a wild wheat into a domesticated elite cultivar is like breeding a race horse with a donkey! It takes many, many years of backcrossing to combine the best of both worlds,” he said.

The lead author stressed speed breeding can accelerate this process and shorten the time required to develop a new wheat cultivar with superior traits.

Answering our question on how applicable the “speed breeding” method is to all kinds of wheat and all environments such as the Arab region, Wulff said that “wheat is the most important cereal crop in Egypt where it provides 30% of the population’s calorie intake. More than 1.4m hectares are farmed for wheat, equivalent to 30% of cultivated land in Egypt. The total annual production, nearly 9m tonnes provides just over 50% of the national consumption.”

“The deficit is covered by imports, mainly from Russia and France, rendering the Egyptian economy vulnerable to international currency fluctuations. Narrowing the gap between production and consumption is therefore of high strategic interest,” he added.

He further explained that the grain price spikes in 2007-2008 resulted in a 37% increase in the price of bread in Egypt, while many scholars have directly linked soaring bread prices with the Arab Spring revolution, which started in Tunisia in late 2010 and saw uprisings and governments toppled throughout the Middle East. “Thus, increasing regional wheat production is a key strategic priority,” said Wulff.