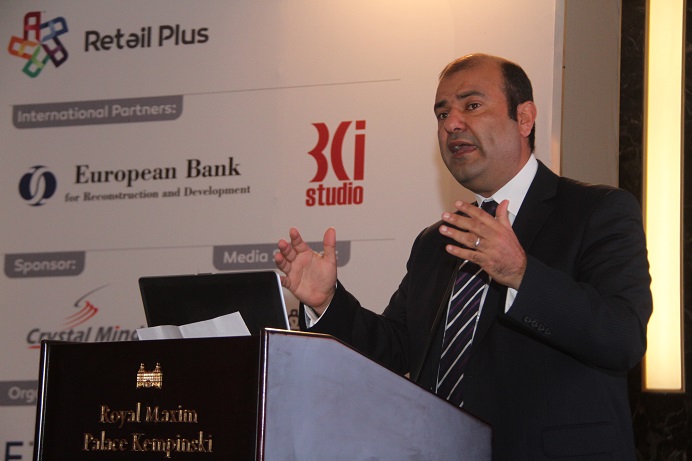 While 2017 was the year of discoveries for the Ministry of Antiquities, with almost no week passing without unearthing a new artefact from an ancient era, 2018 seems to be following the same track with two major discoveries in the first few days of the year.

The Ministry of Antiquities announced on Friday discovering a granite stele for King Ramses II in Tanis city, or San El-Hagar, located in the north eastern Nile Delta.
The discovery came as a part of a development programme the ministry adopted to renovate ancient remains in the area, which holds a significant historical importance as the northern capital of Egypt during the 21st and 23rd dynasties.

The stele, along with other statues featuring Ramses II and other statues of the royal family of the two main dynasties—the 21st and 23rd—is to be showcased at the area’s museum, which was opened last December.

Mostafa Waziri, secretary general of the Supreme Council of Antiquities, revealed in a press release that Tanis city is one of the most neglected archaeological areas in Egypt despite its historical importance. He also asserted that many foreign missions have carried out excavation work there, yet, it remains in need of more attention regarding the restoration of the discoveries.

This discovery came two days after the ministry announced finding Aswan’s oldest archaeological discovery, found at Til Edfu site, at the hands of an Egyptian-American archaeological mission from the University of Chicago.

The mission unearthed a late-Fifth Dynasty administrative complex as well as a collection of four artefacts at Kom Ombo Temple, also in Aswan.
Waziri stated that the discovered artefacts are the oldest in Aswan, “as the earliest archaeological evidence previously found dates back to the second half of the Sixth Dynasty.”

For her part, Nadine Mueller, head of the excavation mission, asserted that the discovered complex holds the most importance of all, as “it sheds light on the royal expeditions organised during the Fifth Dynasty,” she explained.

It also shows that the internal structures of the complex were once used as a storehouse for the products and goods of the expeditions sent by the king to bring minerals and precious stones from the eastern desert, the press release read.

The mission started its work in 2014, looking for remains of King Djedkare Isesi, a ruler of the Fifth Dynasty.

Inside the complex, a collection of artefacts belonging to Djedkare Isesi were found, including 220 of his mud brick stamps, as well as the names of the workers who participated in the excavations and mining works such as a commander called “Sementio”. Shells from the Red Sea and Nubian pottery were also found, as well as fragments of mining activities.

Djedkare Isesi’s period of rule was characterised by a large number of royal expeditions to Wadi Al-Maghara in South Sinai, to extract raw materials, especially copper, in addition to the famous trip to Punt to obtain goods not available in Egypt.

As for the other collection, found at Kom Ombo Temple, Ayman Ashmawi, head of the Egyptian Antiquities Sector at the ministry, said that they include a limestone stele of a man and his wife presenting offerings to a seated deity who lost his legs.

“The stele measures around [40 by 27 centimetres] while the upper part of its left side is missing. A sandstone statue depicting a seated man was also found as well as two sandstone statues of [the] god Horus in the form of a falcon without any inscriptions,” he concluded.